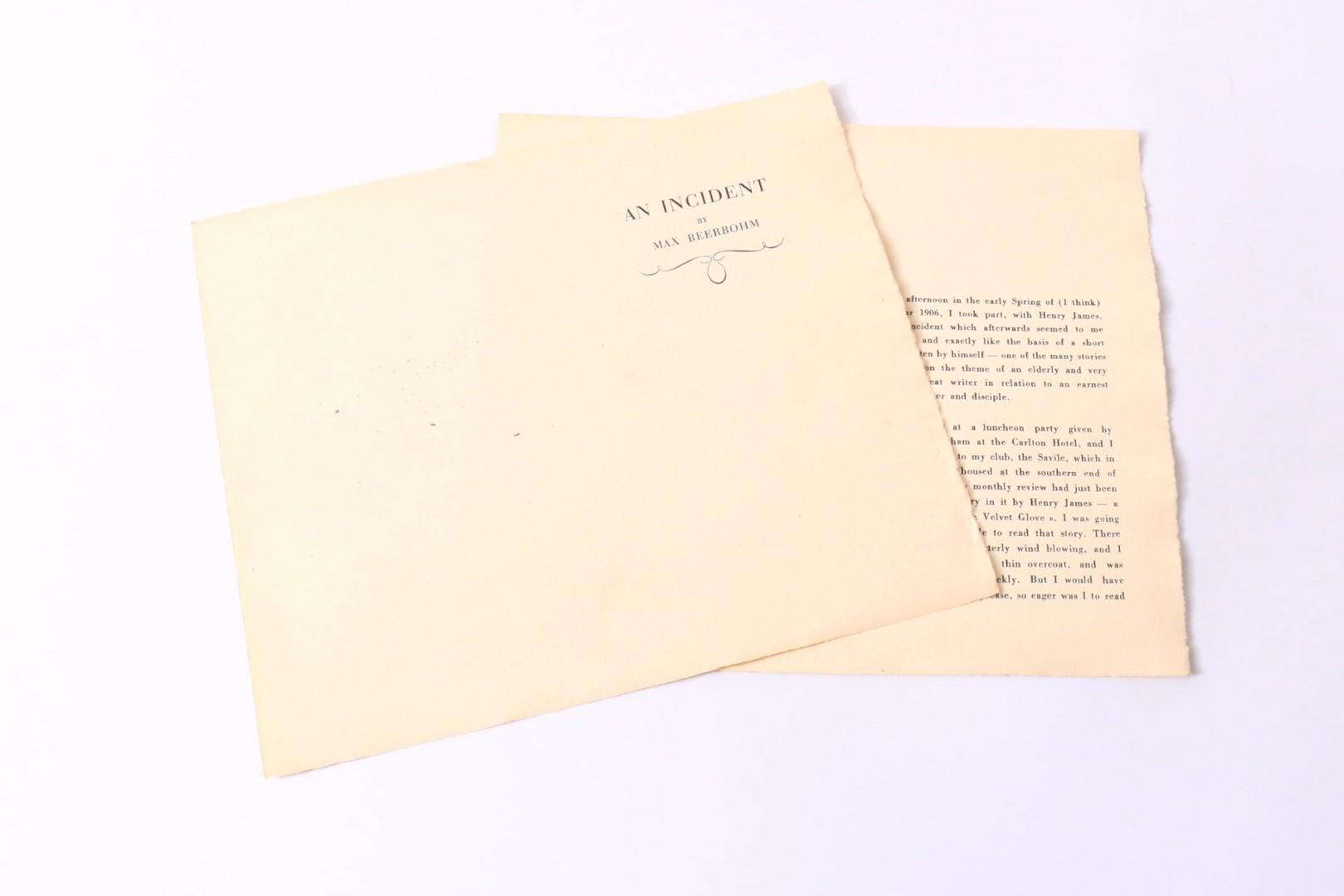 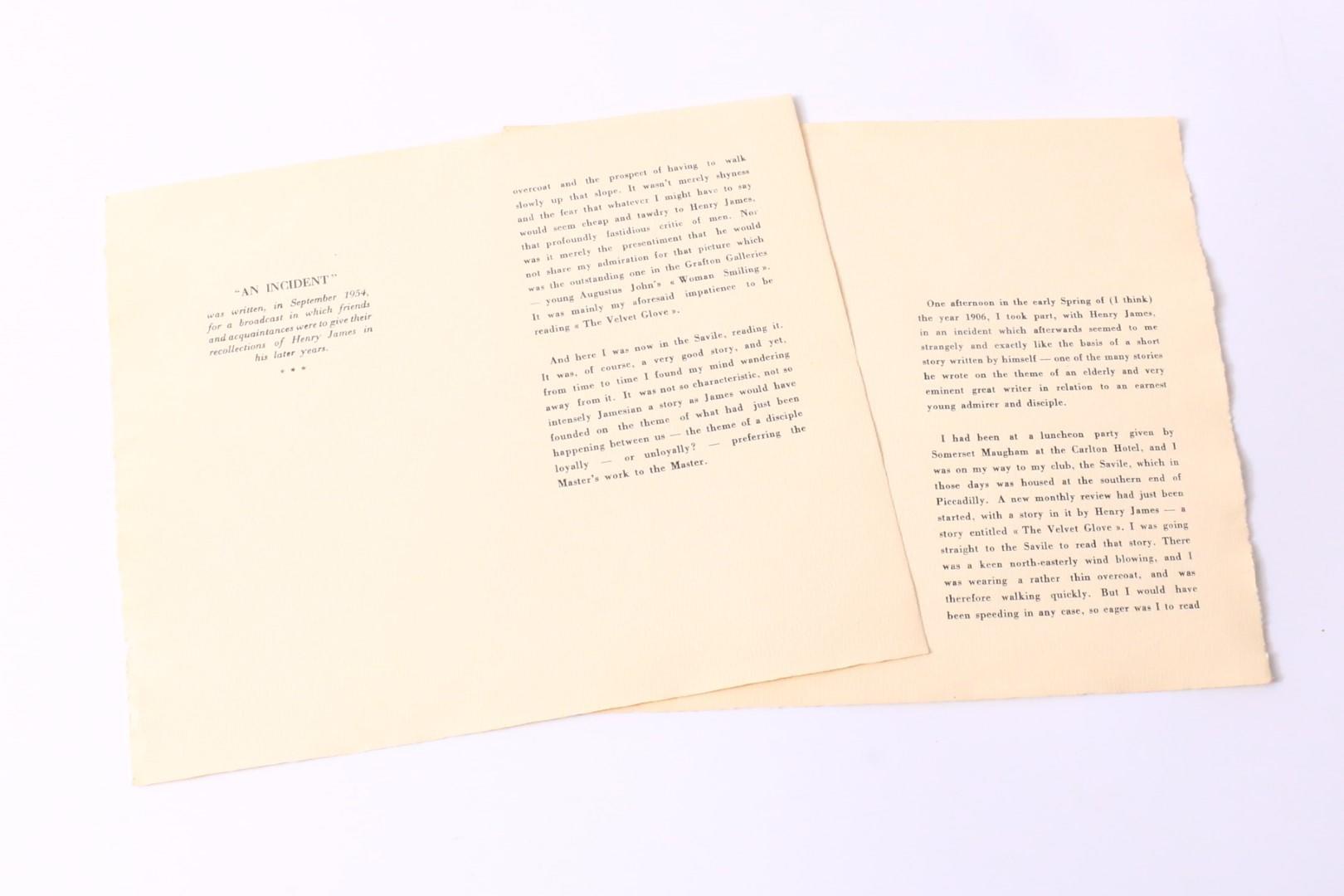 No place, No publisher, nd [c1954]. Unbound. A near fine copy. I'll level with you from the off, I don't know what this is. It's two sheets, printed both sides and clearly meant to be folded. That said, it doesn't flow correctly; there are gaps. I guess they could've been for illustrations but I doubt it. A note states that the piece was written in September 1954 for broadcast, and the short piece was published in Mainly on the Air in the revised issue of 1957. As this was part of the revised issue perhaps it's associated with that, but I suspect not given it looks nothing like the published book in paper and font face. The paper is also pretty good quality so my thoughts are that this was printed as a standalone issue. It's hard to say though. A little handling wear, but largely in excellent shape. [10007, Hyraxia Books].