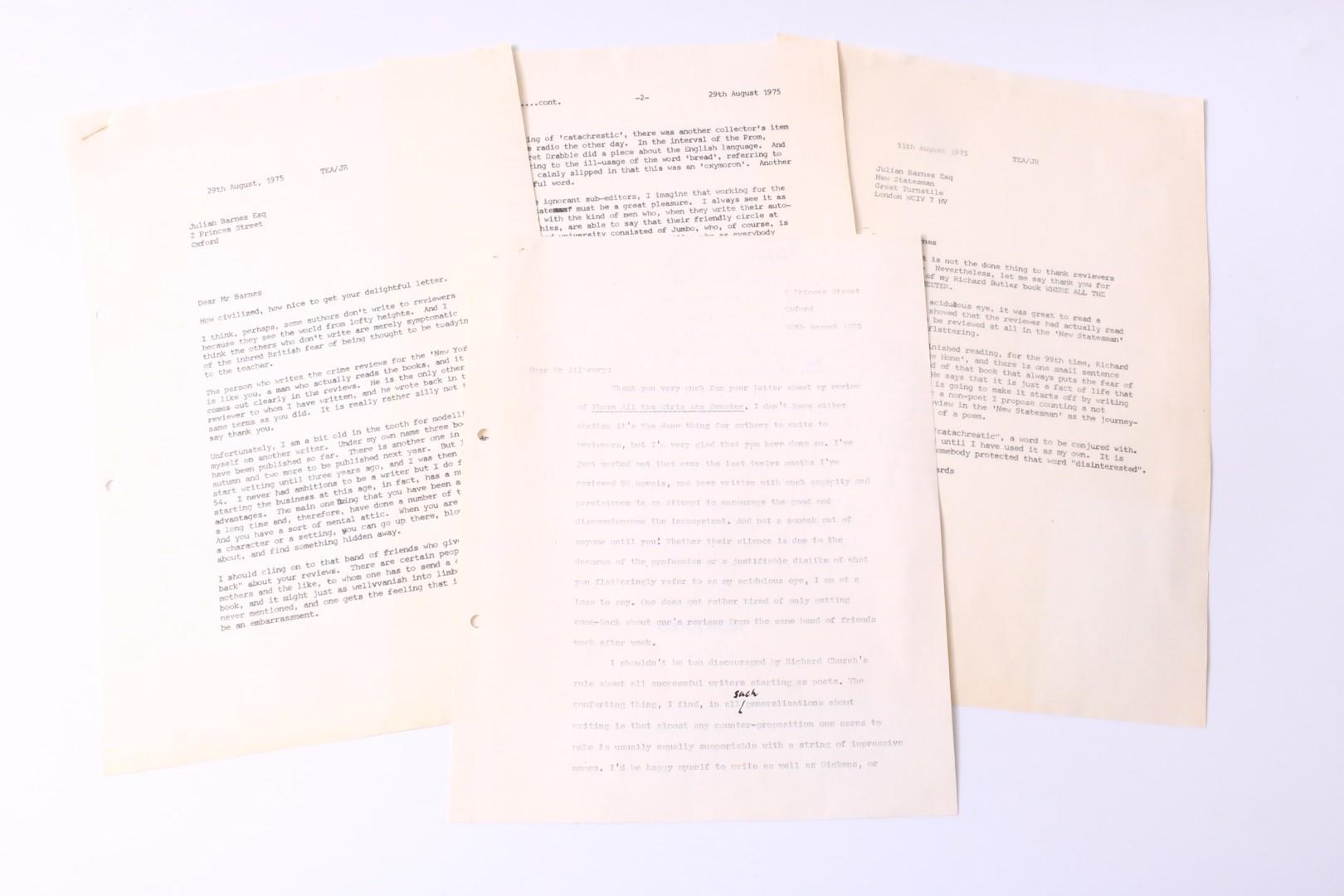 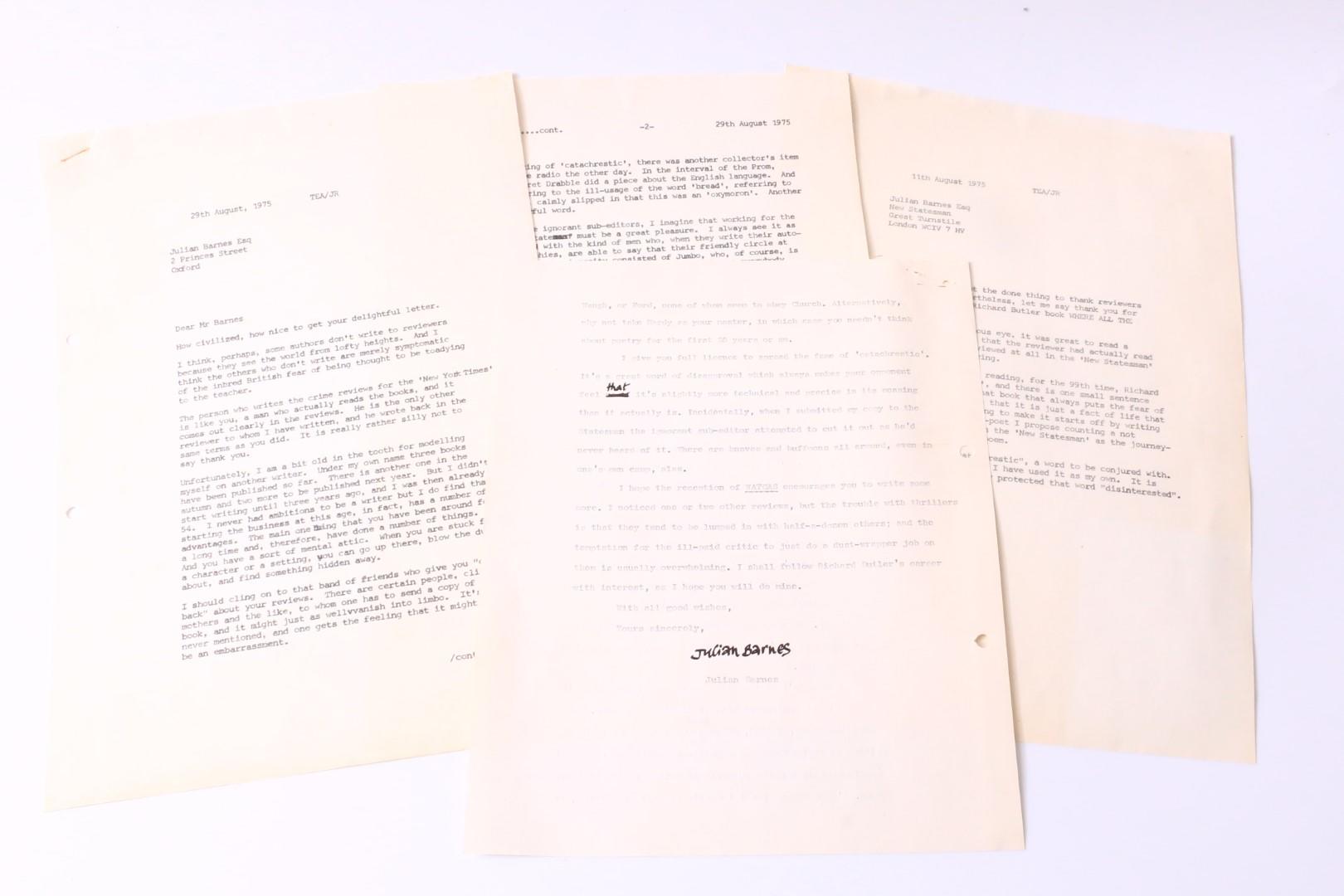 Oxford, 1975. Unbound. A two-sided letter from Barnes to Allbeury, with copies of Allbeury's letters prior and subsequent. Dating from 1975 the letters precede any of Barnes' publications and were written, presumably, during his time as a literary editor at the New Statesman / New Review. Two corrections and an autography. [10032, Hyraxia Books].