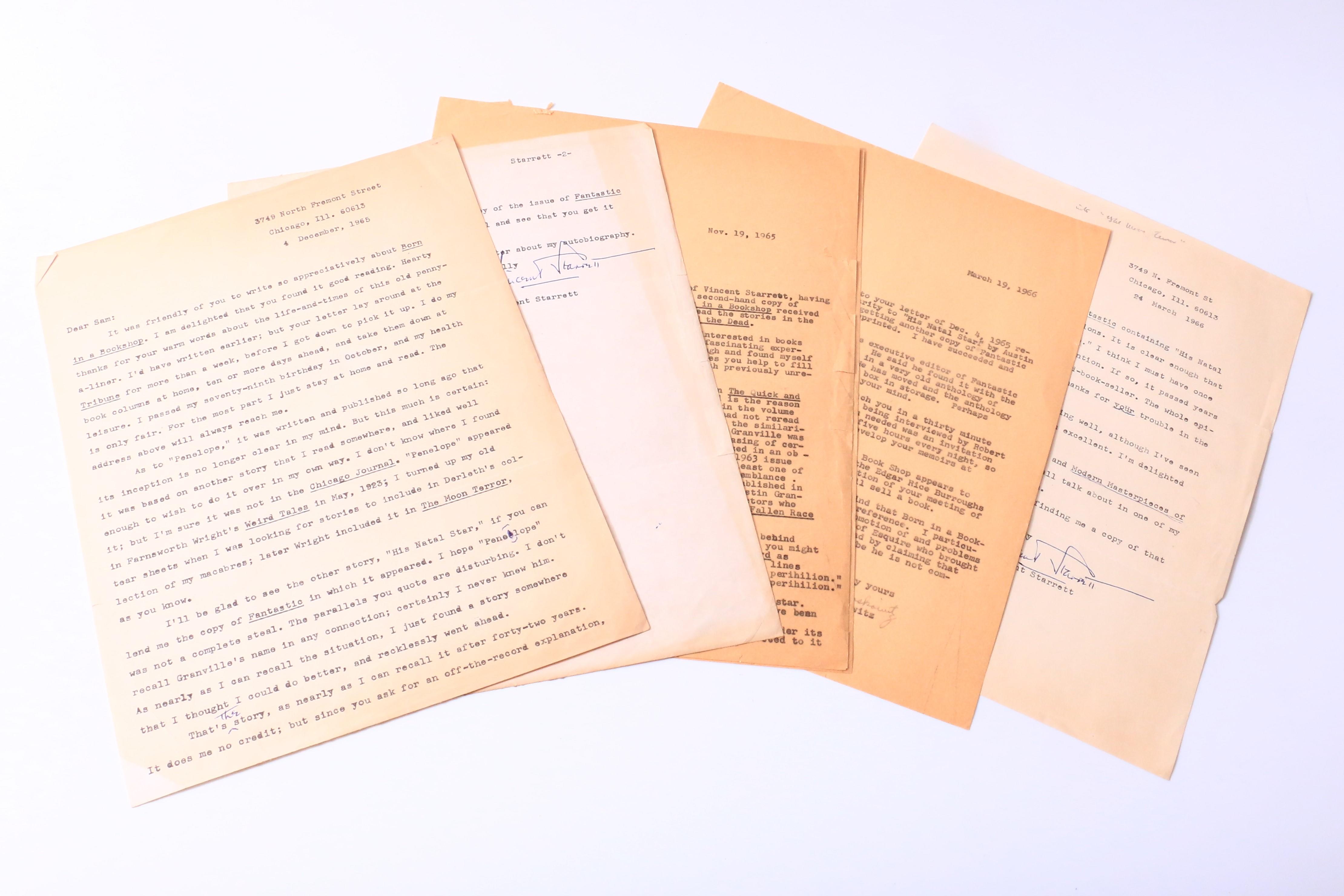 Chicago, None, 1965. Unbound. Very good condition. Two letters from Starrett to Moskowitz and two from Moskowitz to Starrett. The first is merely the usual grace and back-patting authors tend to give one another when complimenting. Moscowitz's reply is fascinating though insofar as he politely suggests Starrett's "Penelope" bears a striking resemblance to Austyn Granville's "His Natal Star". Sam goes so far as to point out almost verbatim parallels. Starrett's reply isn't included, but the subsequent reply from Moskowitz is. The final letter is Starrett reply describing his embarrassment, claiming influence but denying outright plagiarism. A great exchange, and a wee bit of sf history. [10036, Hyraxia Books].