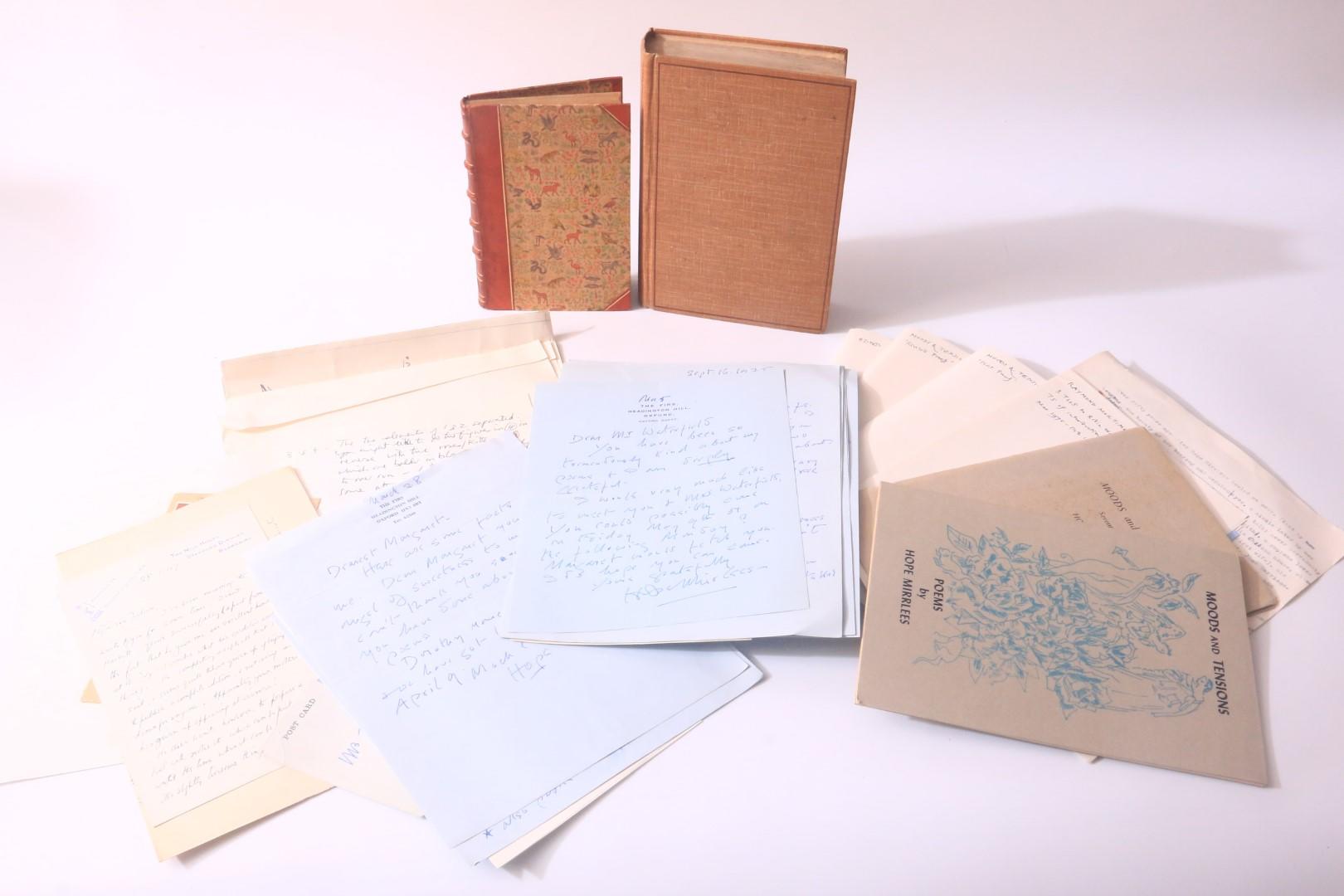 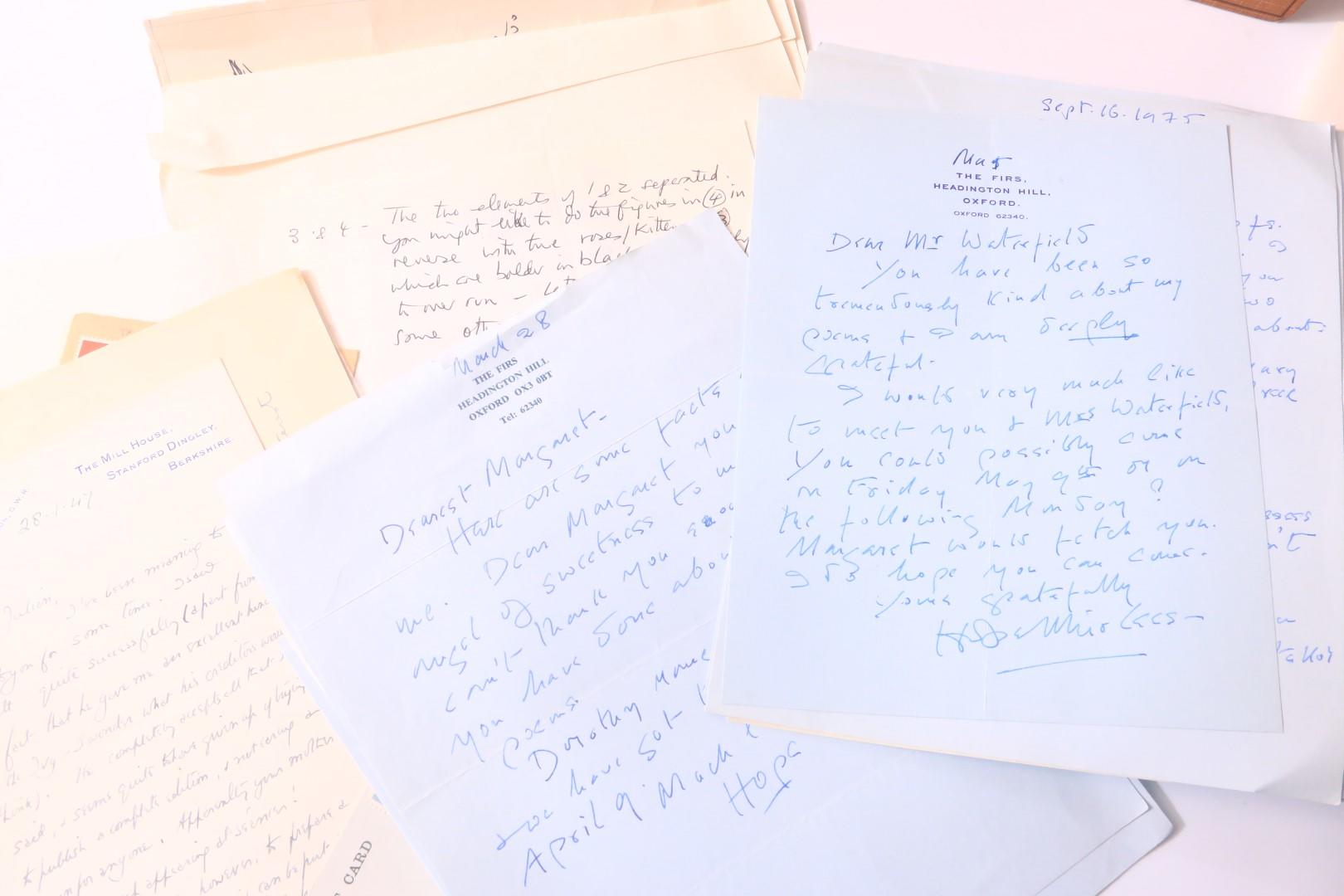 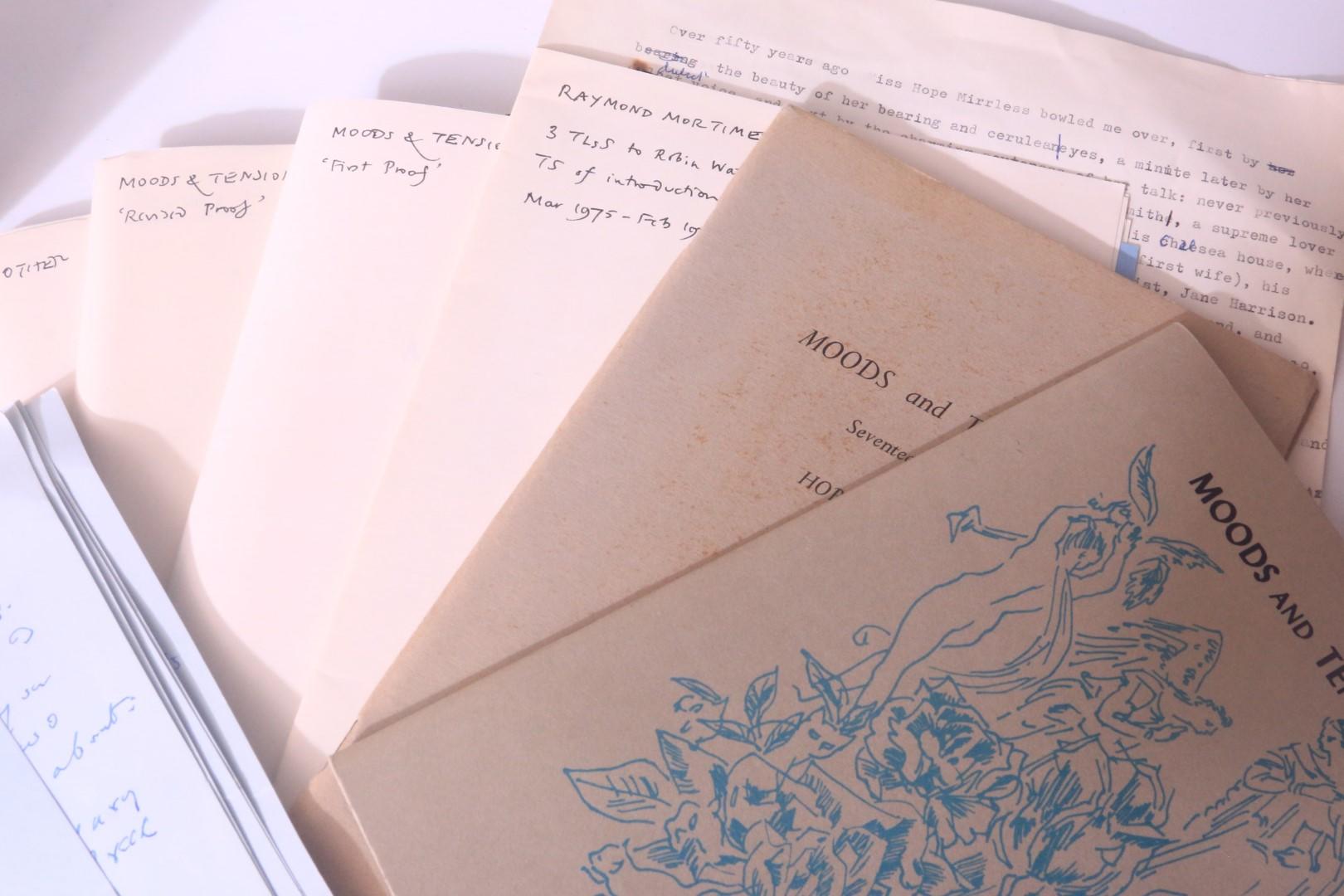 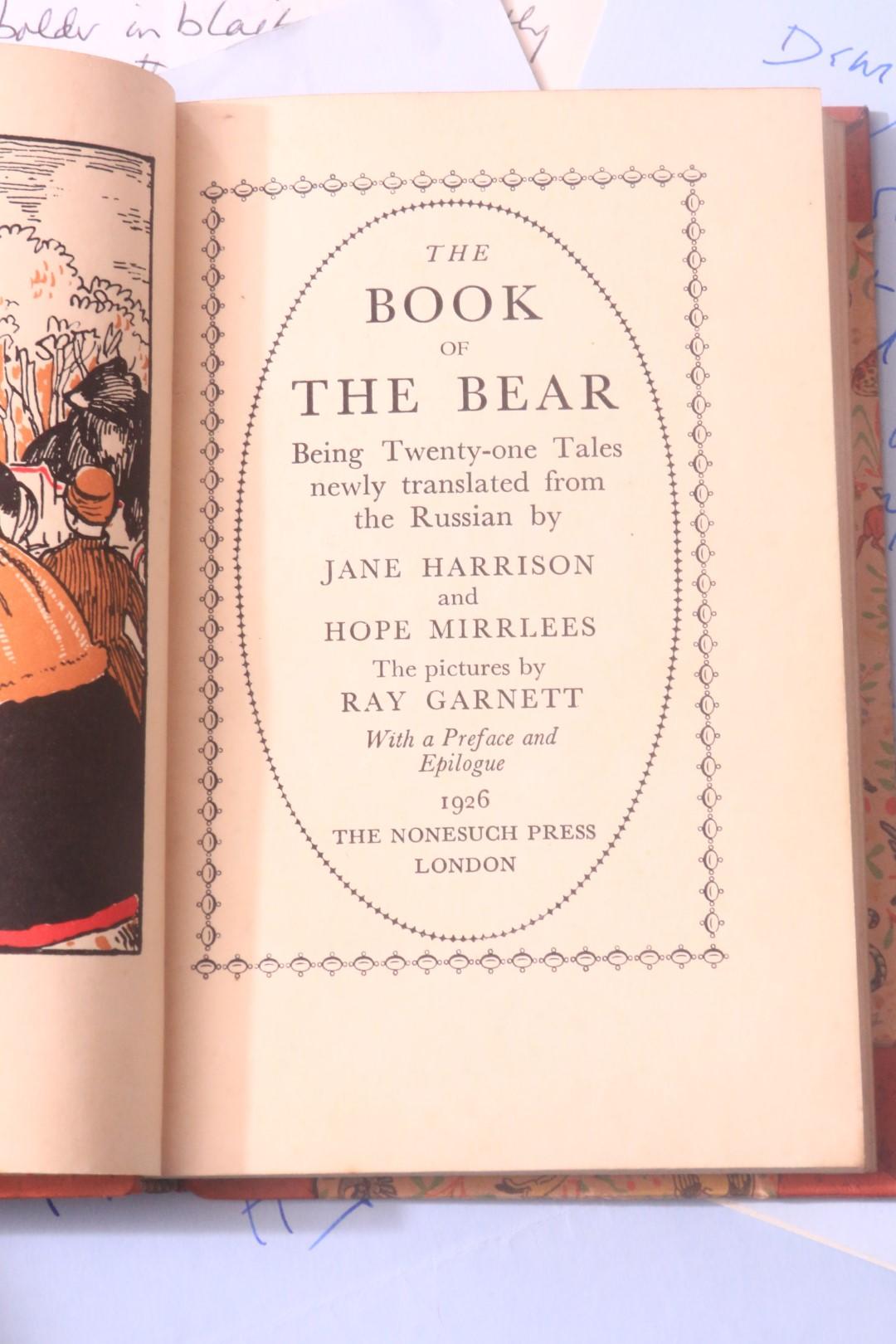 Hope Mirrlees - A Small Archive of Material, c1975, most related to Moods and Tensions.

Oxford, No Publisher, c1975. Unbound. A small archive of items, including autograph letters and corrected proofs from Hope Mirrlees involving the publication of her book Moods and Tensions pubilshed in 1976. A couple of items are unrelated to the archive (#1, #13 and #14). Comprising: (1) ALS to Julian Goodman regarding Ottoline Morrell, with two other letters to JG not from HM (from Francis Hackett and Robert Gathorne-Hardy) 2pp. (2) ALS to Margaret Ellis from HM (3) APS to Margaret Ellis from HM, one of which is a short biography/bibliography of sorts, with letters to HM from ME also. ME was involved in the publication (4) Two copies of Moods and Tensions (i) No publisher, place or date and subtitled Seventeen Poems with some offsetting (ii) Amate Press, Oxford, 1976. (5) Unbound 'proof' copy of 4ii (6) Revised proof of 4ii with corrections by HM (7) First proof of 4ii with corrections by HM (8) 3 TLS from Raymond Mortimer to Robin Waterfield. RM provided the introduction, RW presumably the well-known bookseller who presumably published the book (9) Typescript of RM's intro with corrections (10) Two ALS to RW from John Harrison, the artist who provided art for the publication. (11) Three original illustrations for the book, only one of which appears to have been used (on the cover) (12) Five ALsS from HM to RW discussing the book including her corrections to the poems and requesting the proofs for correction (6 & 7). (13) The Book of the Bear: Being Twenty-One Tales Newly Translated from the Russian (with Jane Harrison). Nonesuch, 1926. Bound in half-leather, a lovely book. (14) The Lud-in-the-Mist a poor copy, ex-library without jacket. Collins, 1926. [10102, Hyraxia Books].