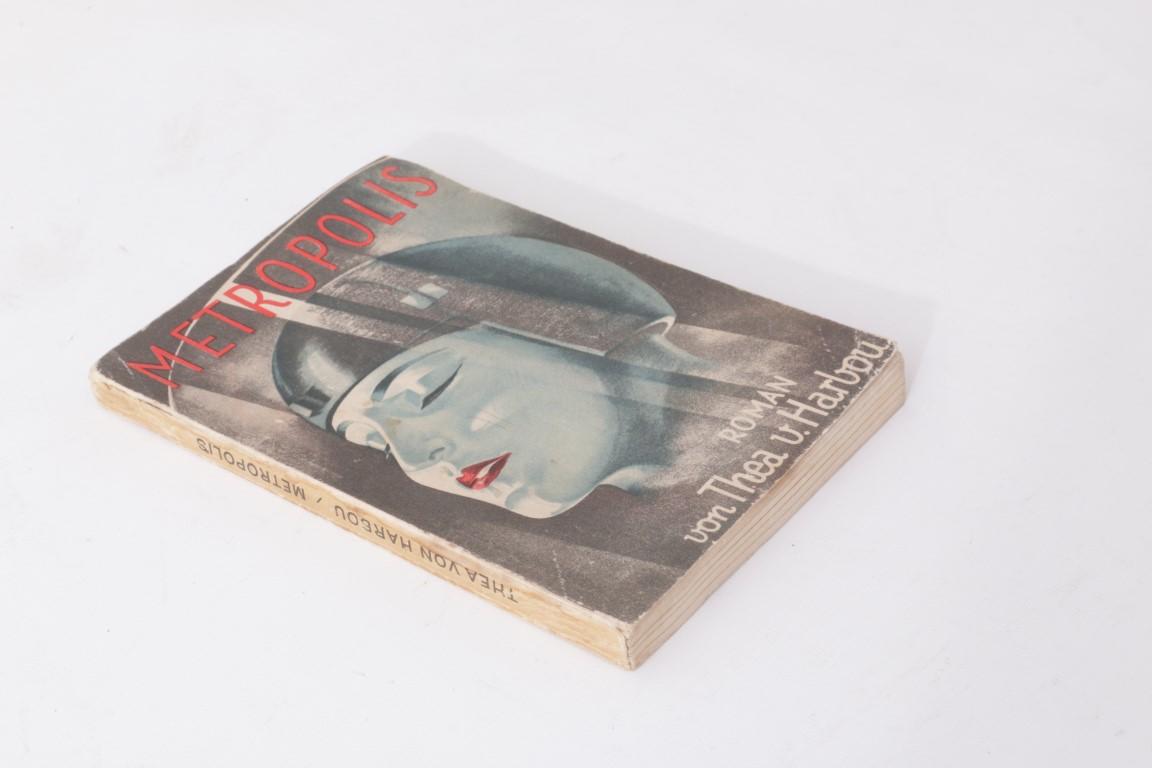 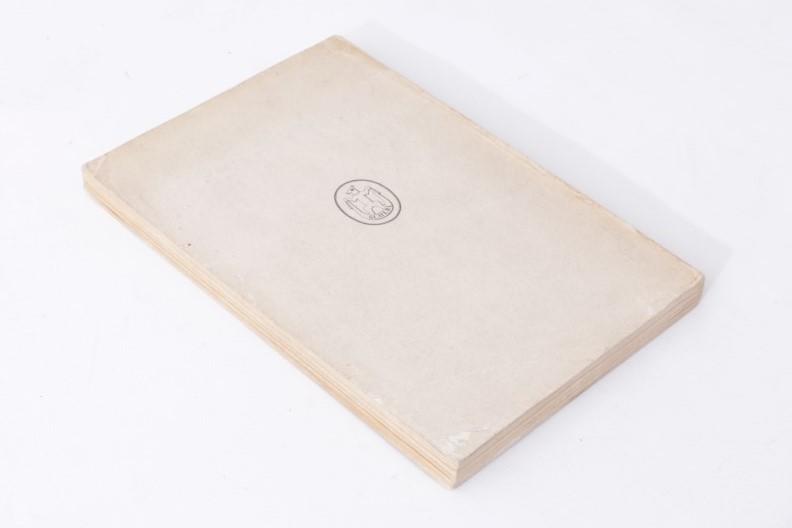 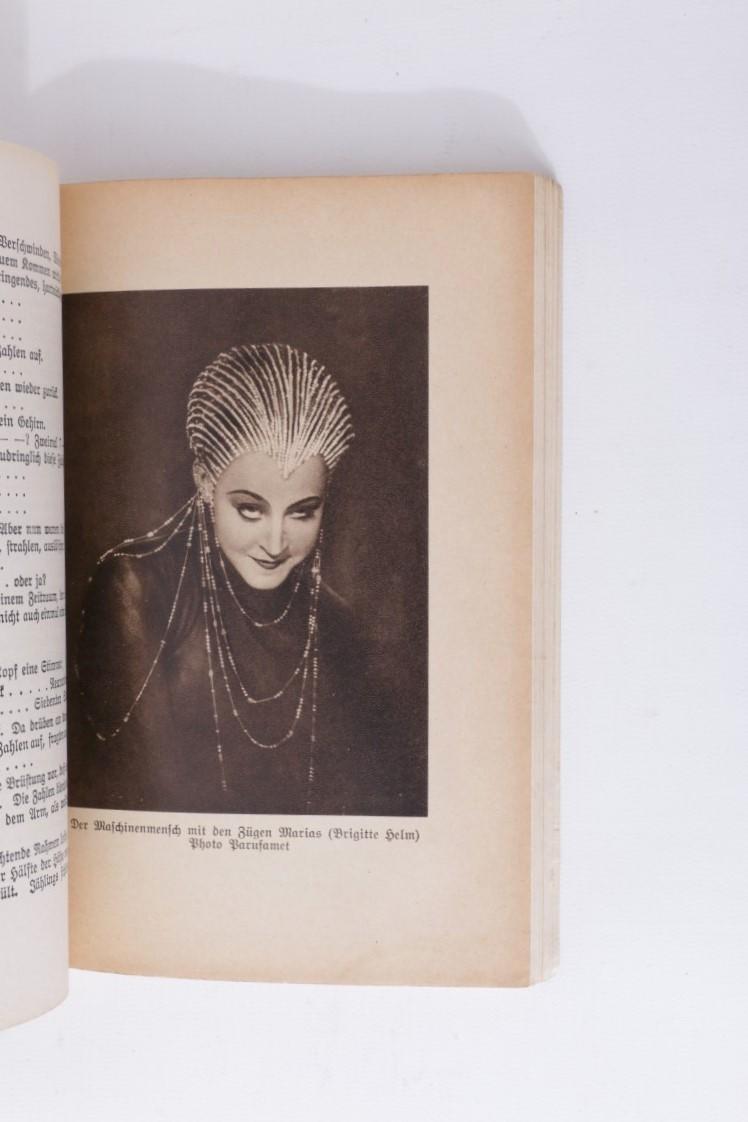 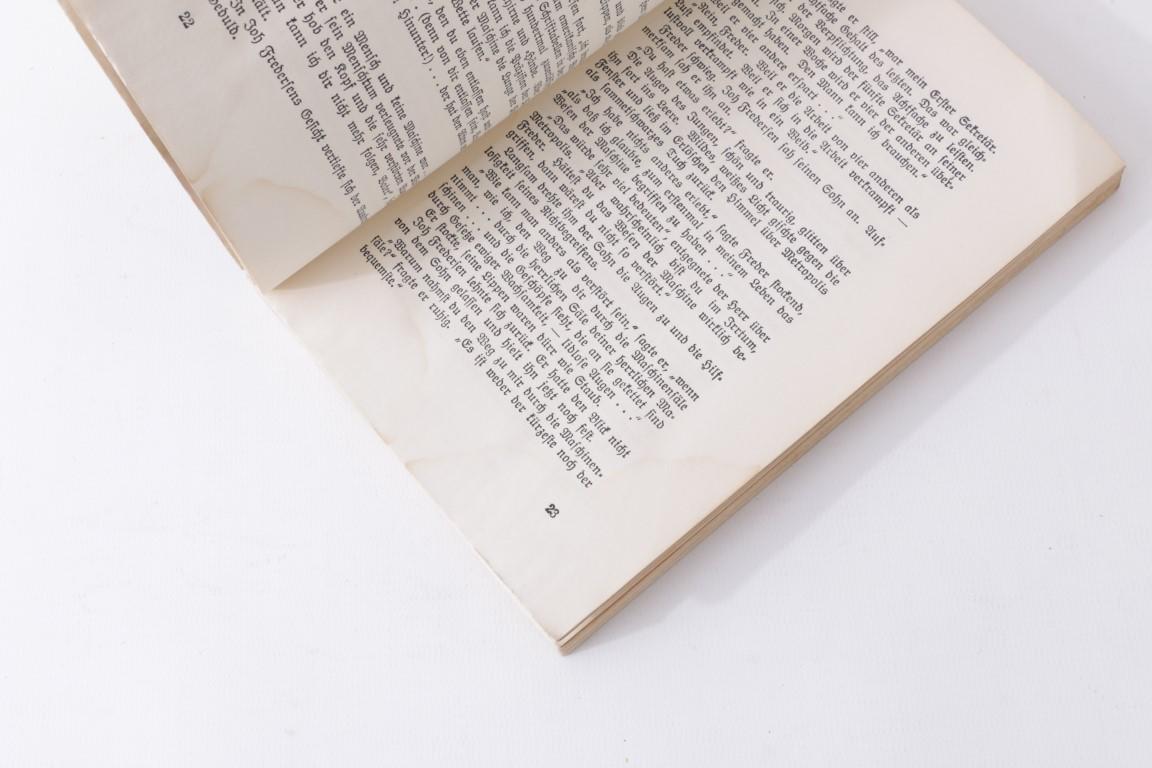 Berlin, August Scherl, 1926. First Edition. Third Impression. An important book, with four stills (complete) from the science fiction epic of the same year. The third issue in wraps. Preceded by the first thousand with the Willy Reimann illustration (of which was have a copy in stock as of writing), and the second thousand matching this issue. Condition is near fine. Externally just lightly worn, internally with a fairly trivial waterstain to first couple of dozen leaves. Doesn't really detract. Spine a little worn, but a very presentable copy. Thea von Harbou and her husband, Fritz Lang, worked on the film concurrently. The plot of the film and book were produced together. It was a massive undertaking, and hugely popular. It remains one of the era's most important films, and the present title is one of the most collectable books in science fiction film. Uncommon. Cover art / illustrations by Werner Graul [5809, Hyraxia Books]. 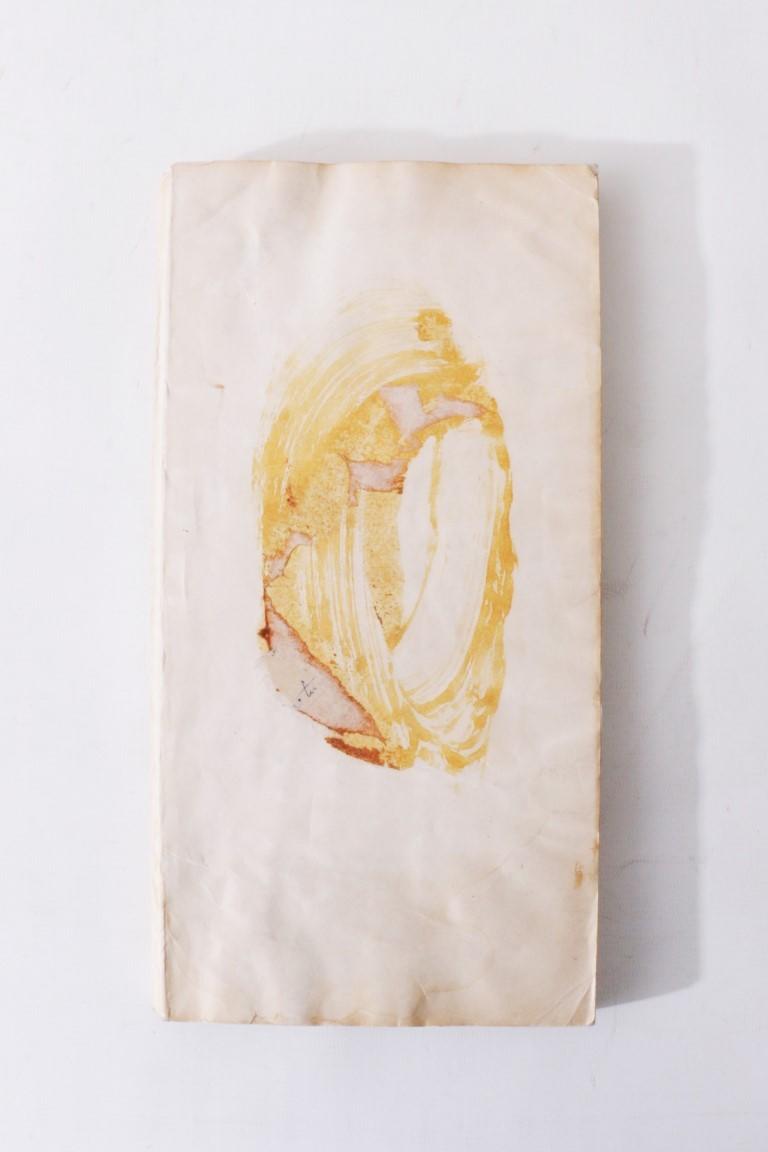