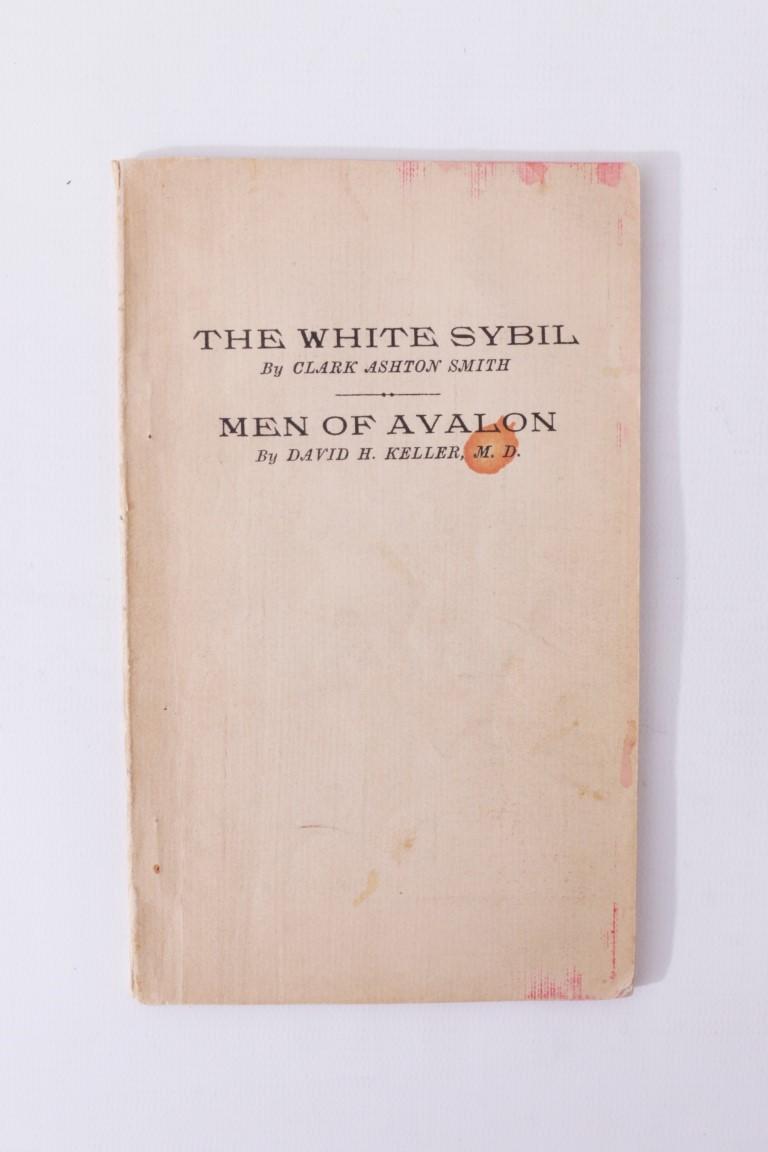 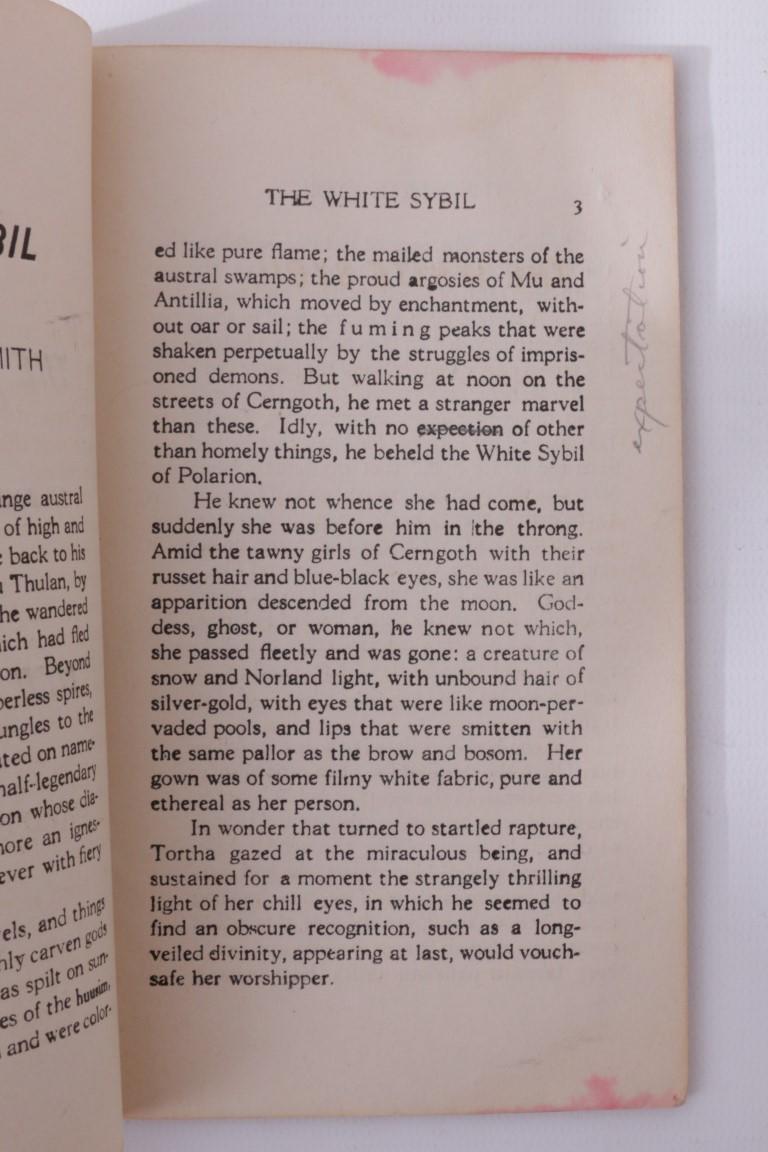 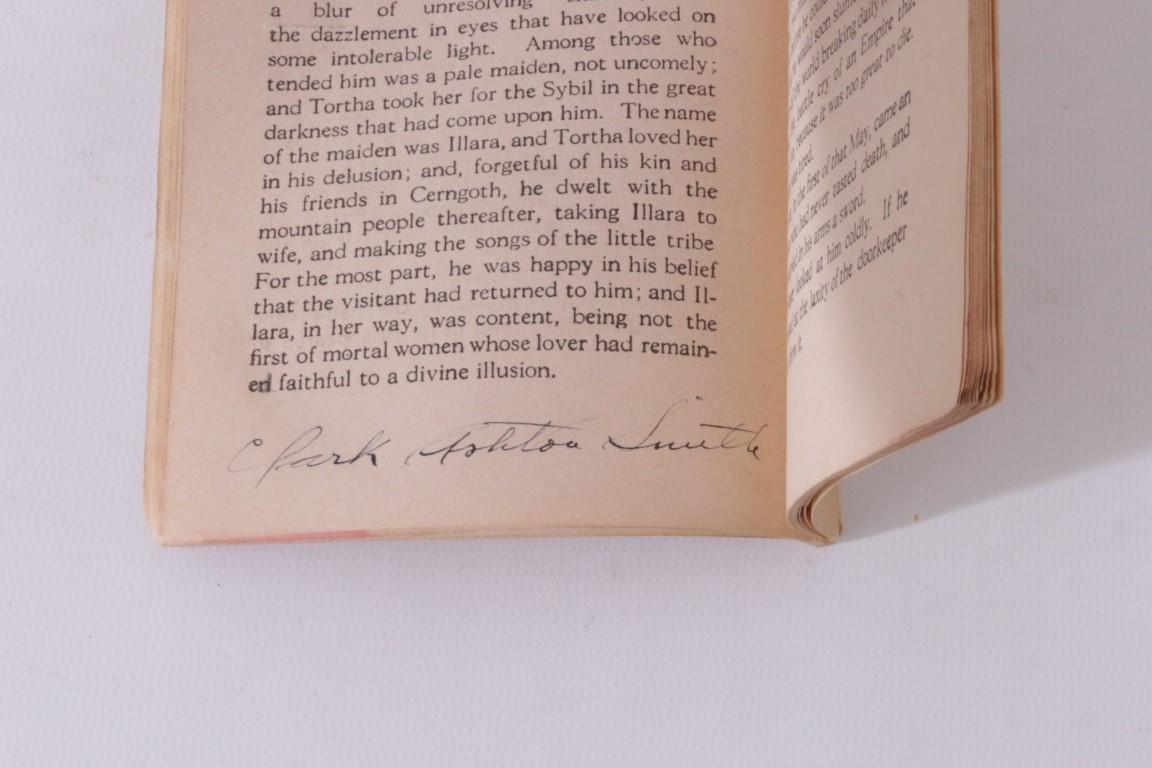 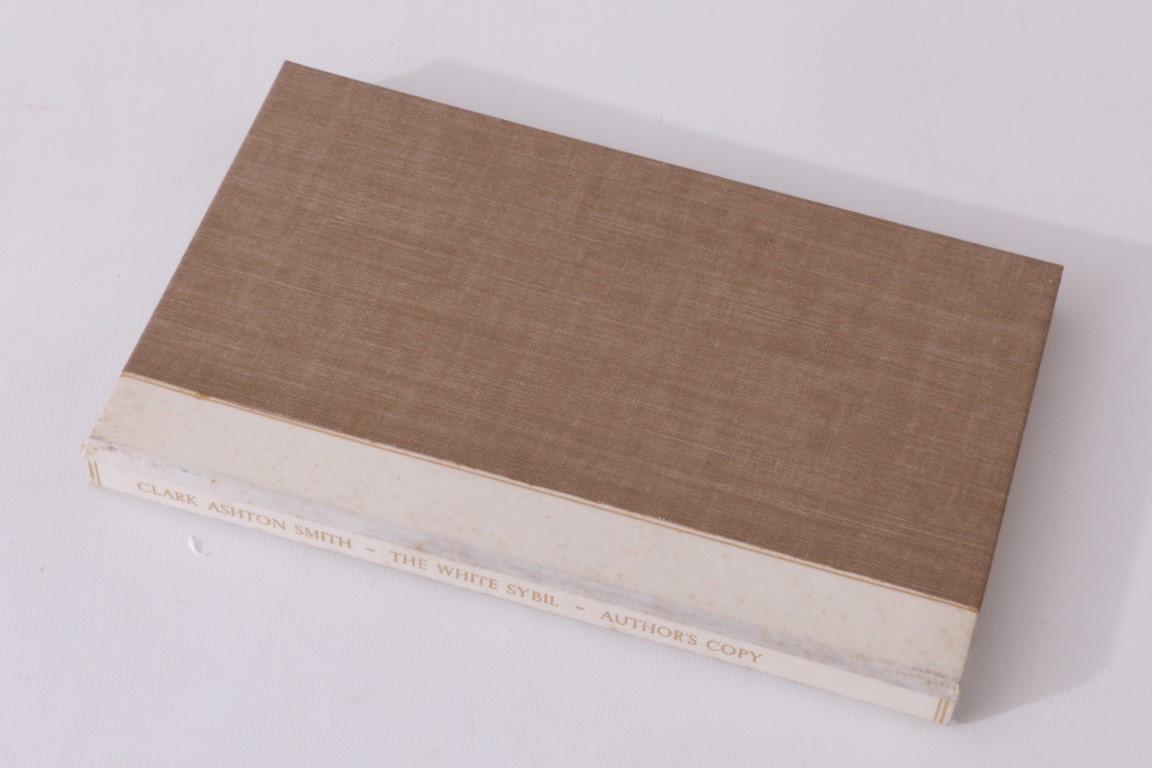 Everett, PA, Fantasy Publications, n.d. [1934]. First Edition. First Impression. The author's copy, with his pencil annotations and signature at the end of his entry. Originally titled 'The White Sybil of Polarion', Smith had the story rejected for Weird Tales in 1932. William Crawford, who published Lovecraft's Shadow over Innsmouth under his Visionary imprint, solicited stories from Smith for his Unusual Stories magazine. Smith sent him The White Sybil, which had been revised somewhat from the rejected manuscript, and Crawford put this pamphlet together. [Smith, Maze of the Enchanter, 2008, p197]. The annotations are minimal, mainly typos and the odd addition. And let's not forget David H. Keller, an important figure in the then developing field of science fiction. Only 500 copies published. Despite the required edits, the publication is a reasonably well put together pamphlet. ALS from noted SF fan, dealer and publisher Roy A. Squires, outlining details of the transaction. Not mentioned in Eshbach's 'Over My Shoulder'. Covers with some stains and toning to the paper. Currey identifies two states of the item, this being the state with two dots on a 22mm line (the other being three dots and 25mm). This being the author's copy may suggest priority, but it's pretty much immaterial. Locke states that only 250 of the 500 copies were bound, and there are at least eight variants in colour [Locke, Spectrum, p75, Vol III]. Presented in custom clamshell box. Provenance: Sylvia Starshine thence George Locke. [5971, Hyraxia Books].