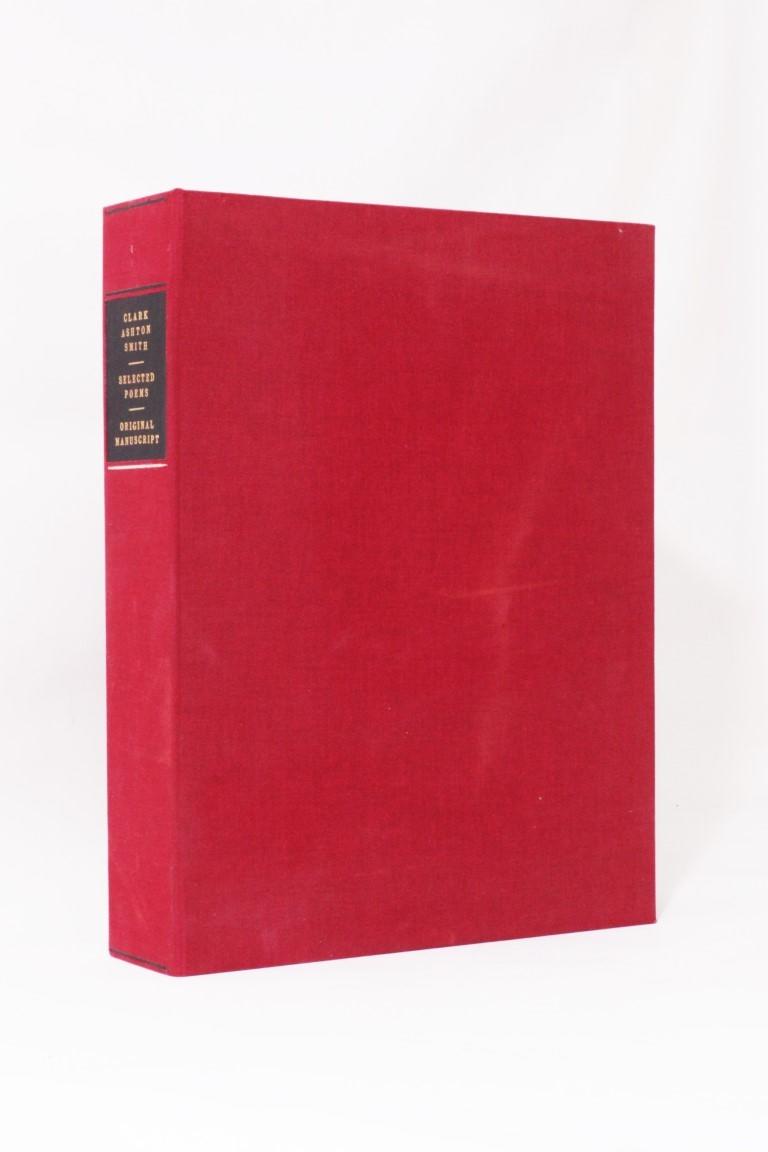 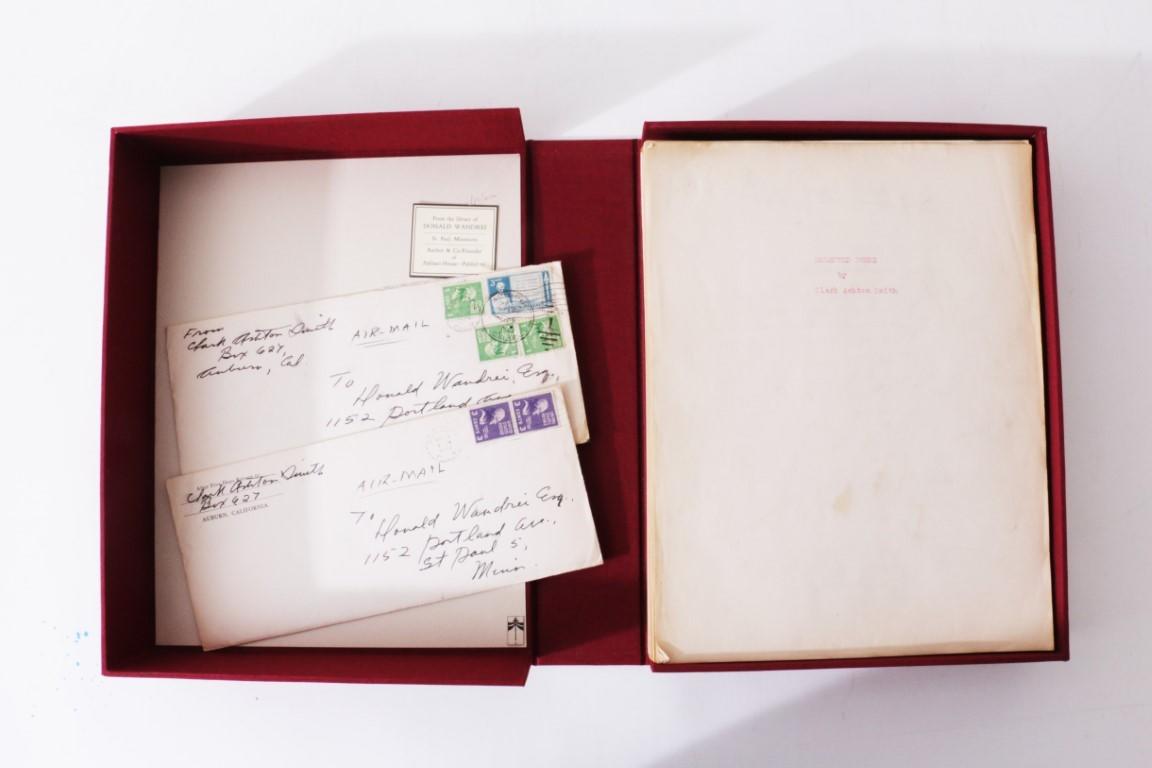 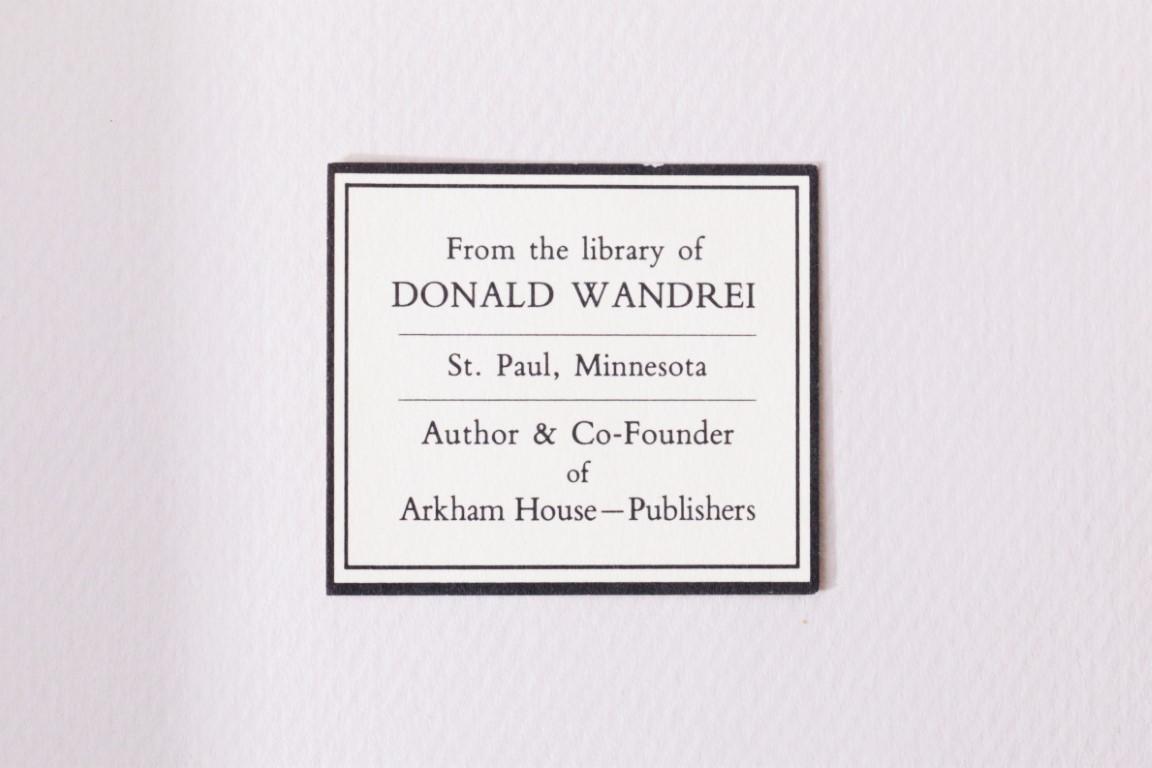 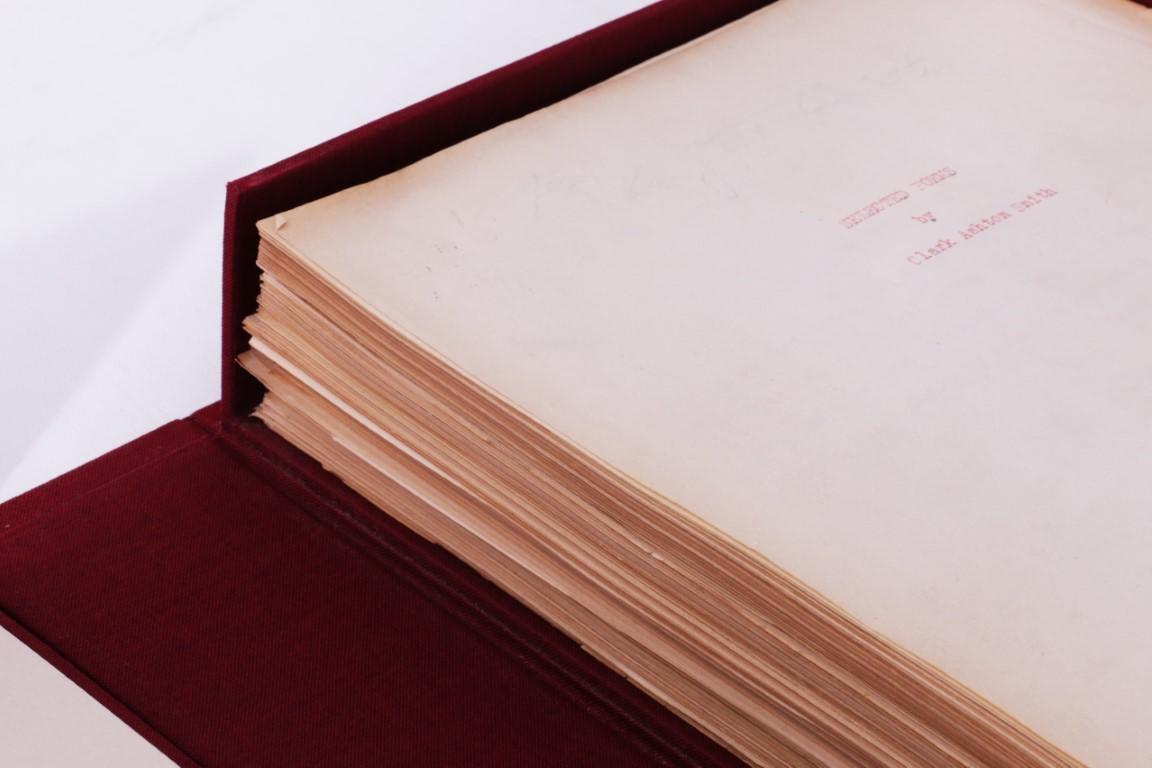 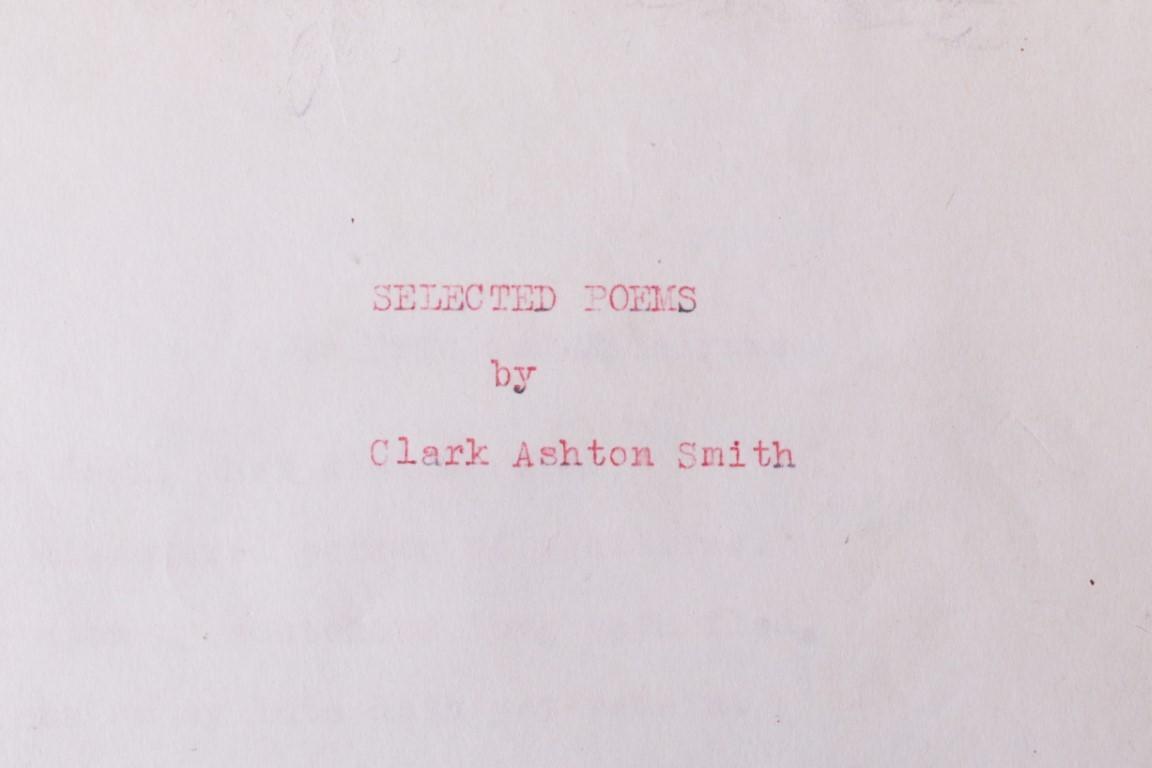 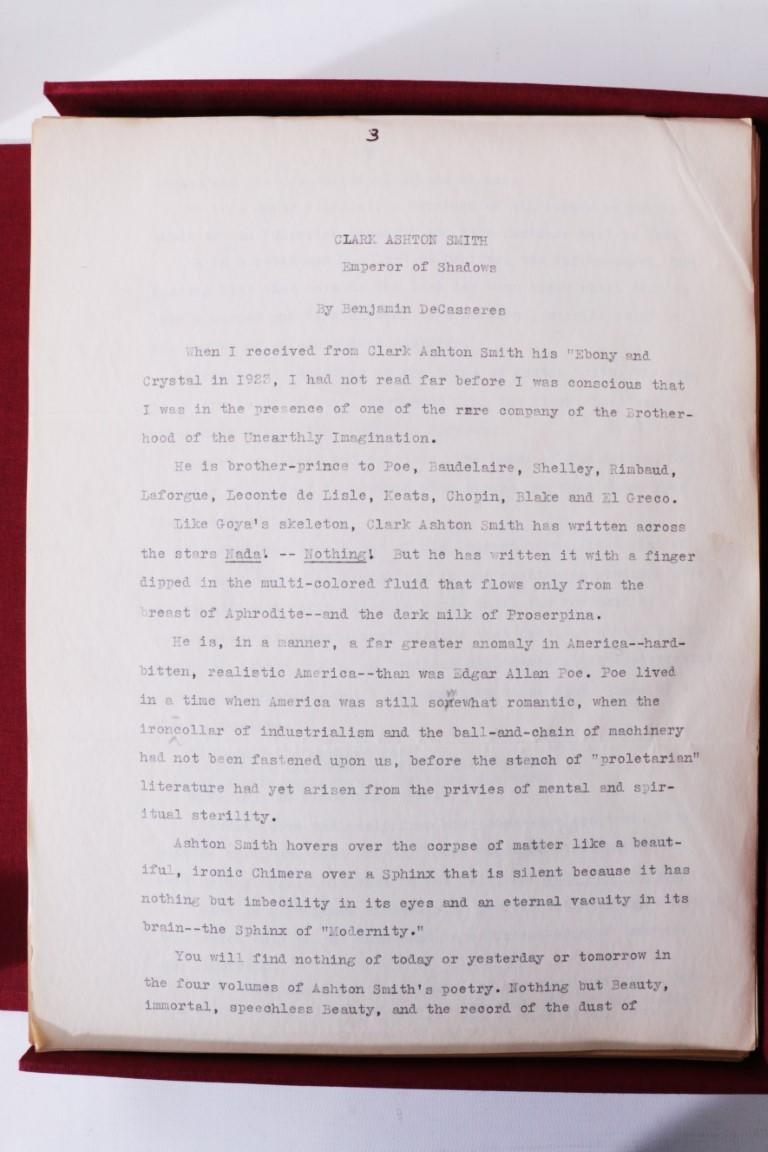 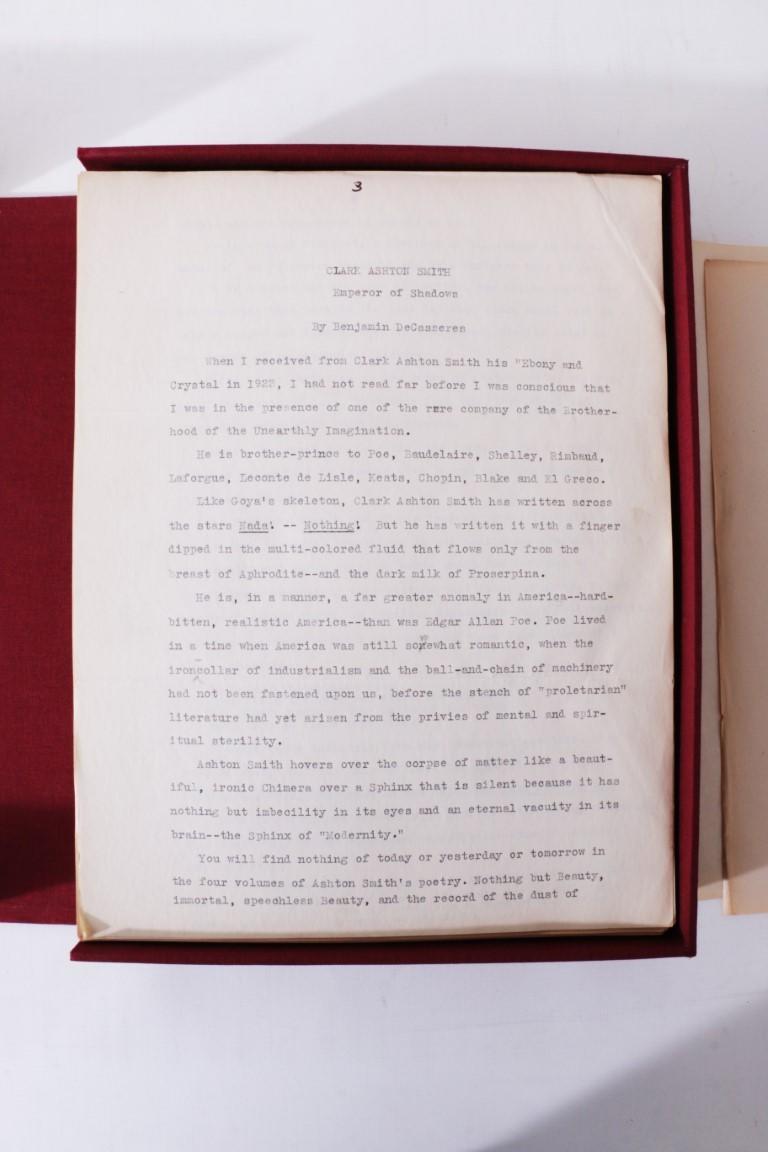 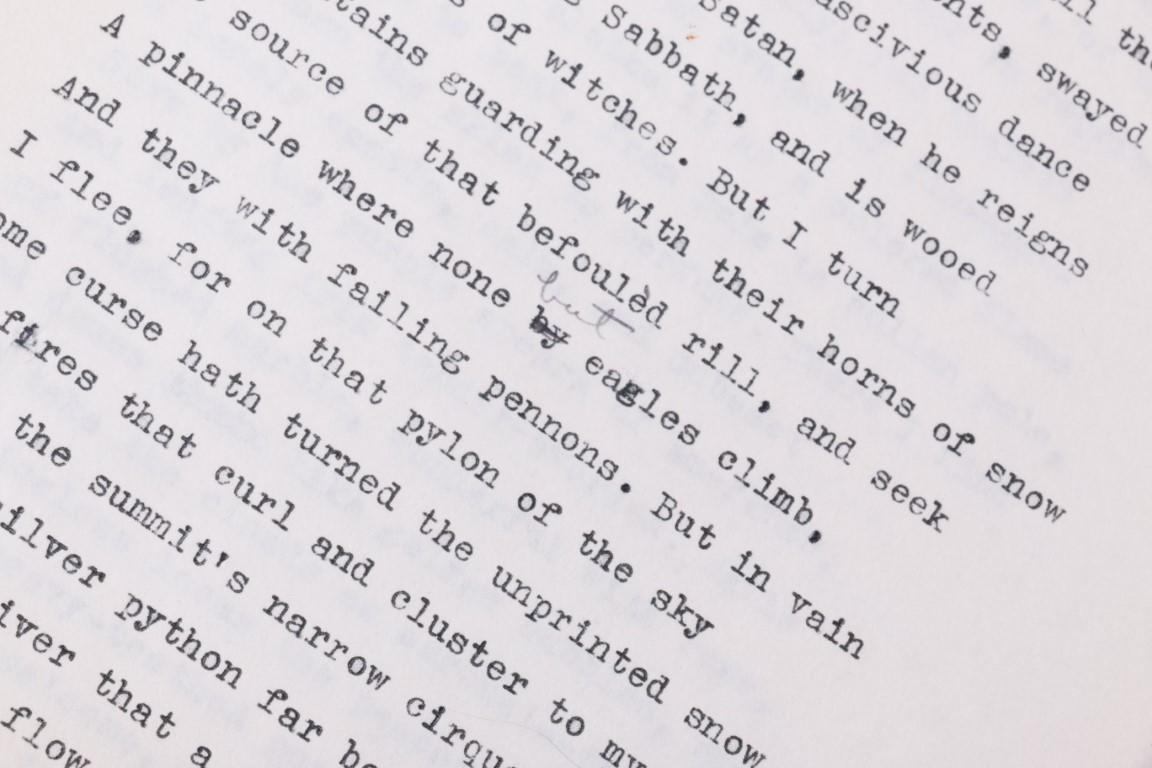 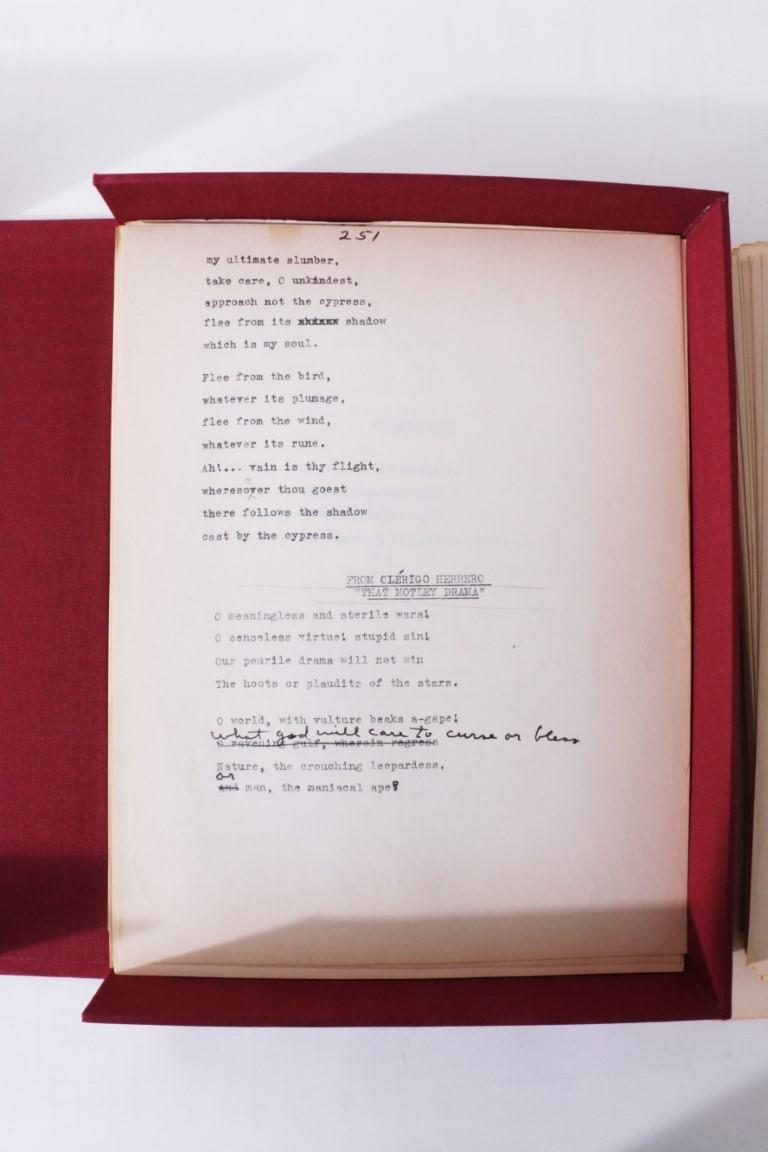 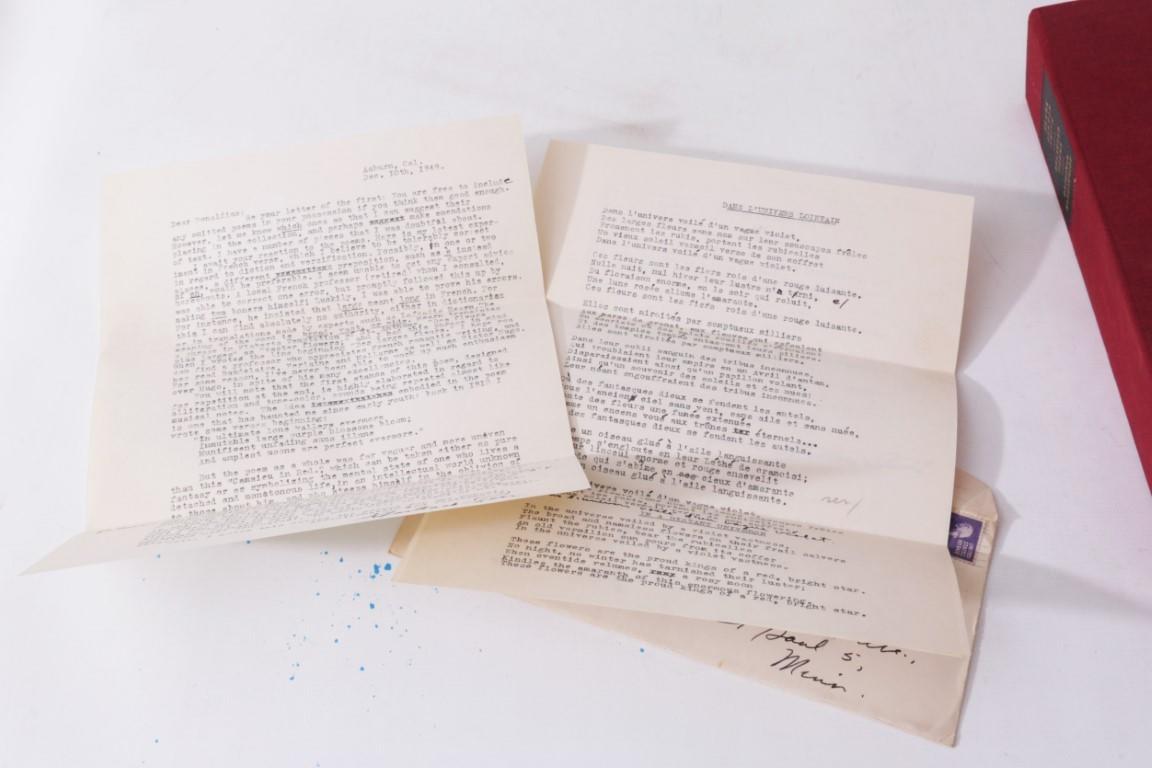 Sauk City, WI, Arkham House, c.1945-1949. Manuscript. Unbound. Smith's original typescript for the 1971 Arkham House publication. Annotated and amended throughout by Smith. Smith prepared this manuscript for Wandrei between the years 1944 and 1949 [Joshi, Sixty Years, p113]. It was finally published some eight years after his Smith's death. The MSS comprises 393 hand-numbered sheets of poems and a further 17 sheets of indexing. Accompanying the typescript are two letters to Donald Wandrei from CAS describing, in part, the production of the typescript, including a note (replying to Wandrei) allowing Wandrei to include poems that Smith hadn't included. It appears Wandrei includes two poems absent from Smith's typescript (Foggy Night and No Stranger Dream). Physical Description: 215mm x 279mm, 411 unbound, typed sheets, in custom solander. Two letters laid in, with envelopes. Loose label laid in declaring the item from the library of Donald Wandrei. Condition is pretty good throughout, a couple of sheets have edge wear and are oxidised, but generally in fine condition. Many of the poems here gathered were subsequently gathered in The Dark Chateau and Spells and Philtres (those volume of course preceded Selected Poems, but not the present item). Smith was the leading, and still likely is, poet of the weird. Remembered now more for his poems than his prose, this manuscript is of great importance to the history of the genre. Along with H.P. Lovecraft, Smith's work is one of the most important contributions Arkham House made to the genre and it's rare to have an opportunity to purchase such a wonderful artefact. Also included is a copy of the final publication for reference. [7174, Hyraxia Books].