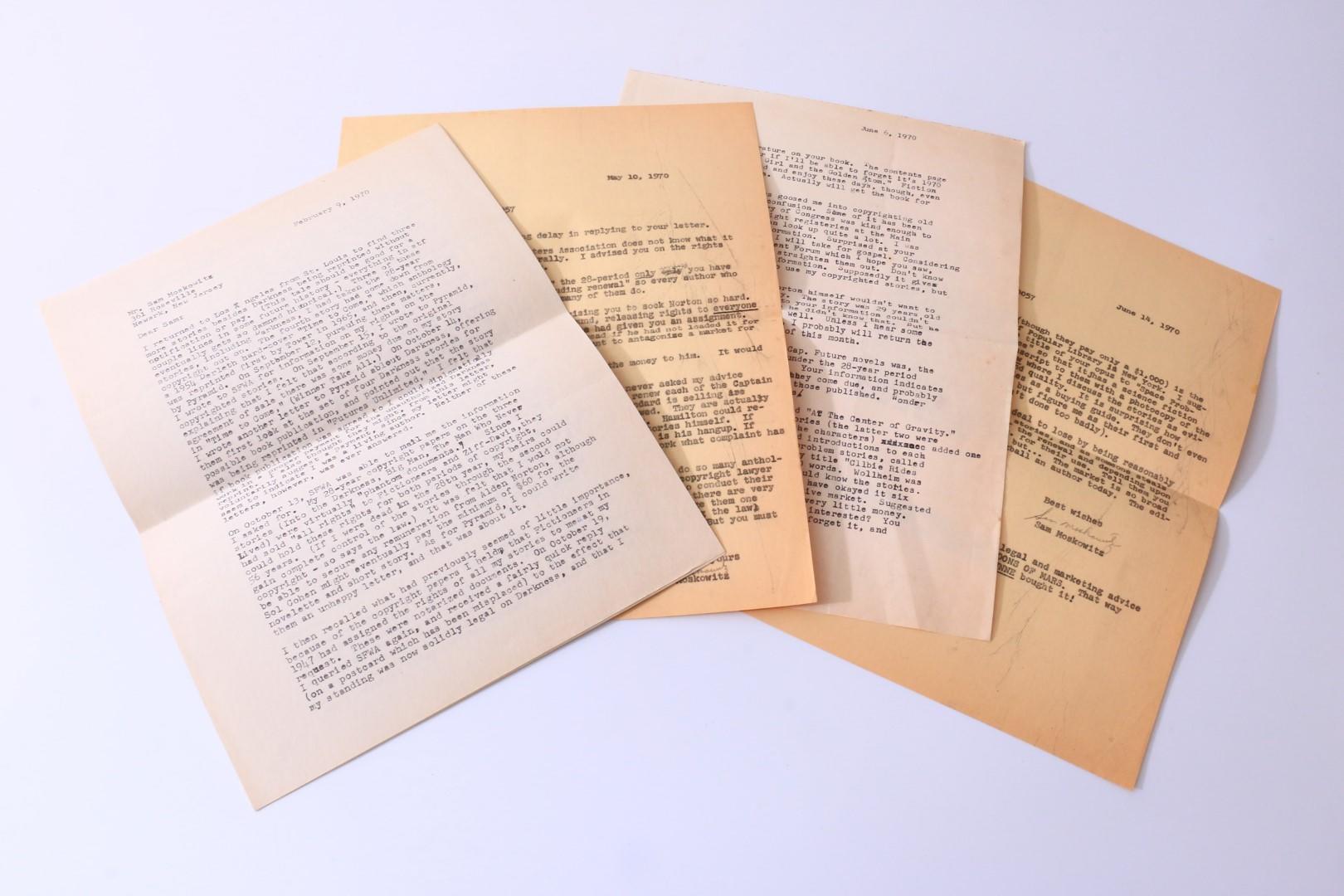 1970. Rocklynne was a golden age SF writer of short stories, who retired in the 50s (though later wrote again, having a piece published in Ellison's sequel to 'Dangerous Visions', 'Again, Dangerous Visions'). Moskowitz was an all-round SF knowledgebase and organiser. The first letter is 2.5pp single-sided typed and dated Feb 9th 1970. A downbeat letter discussing copyright issues and claims for payment (against publishers not SM). The second letter is 1pp TLS from SM to RR wherein he reponds to some of RR's points about copyright. The third letter is in reply from RR to SM further discussing the matters, with a final paragraph of RR seeking SM's advice on republishing some shorts. 1pp TLS. The fourth is Sam's reply to RR giving advice as to where to send the MSS and to retitle it. An interesting, if minor, piece of SF history [8780, Hyraxia Books]. 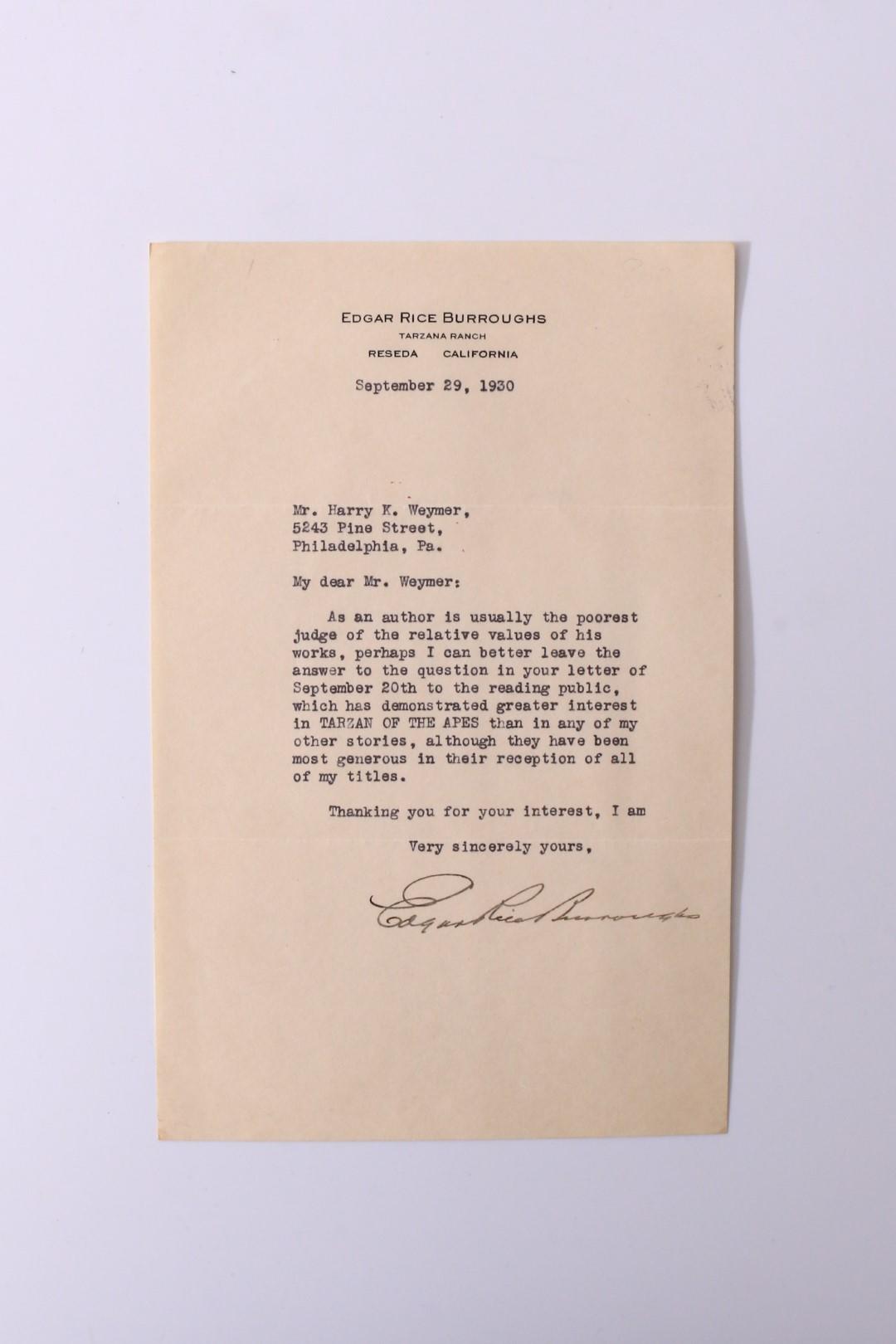