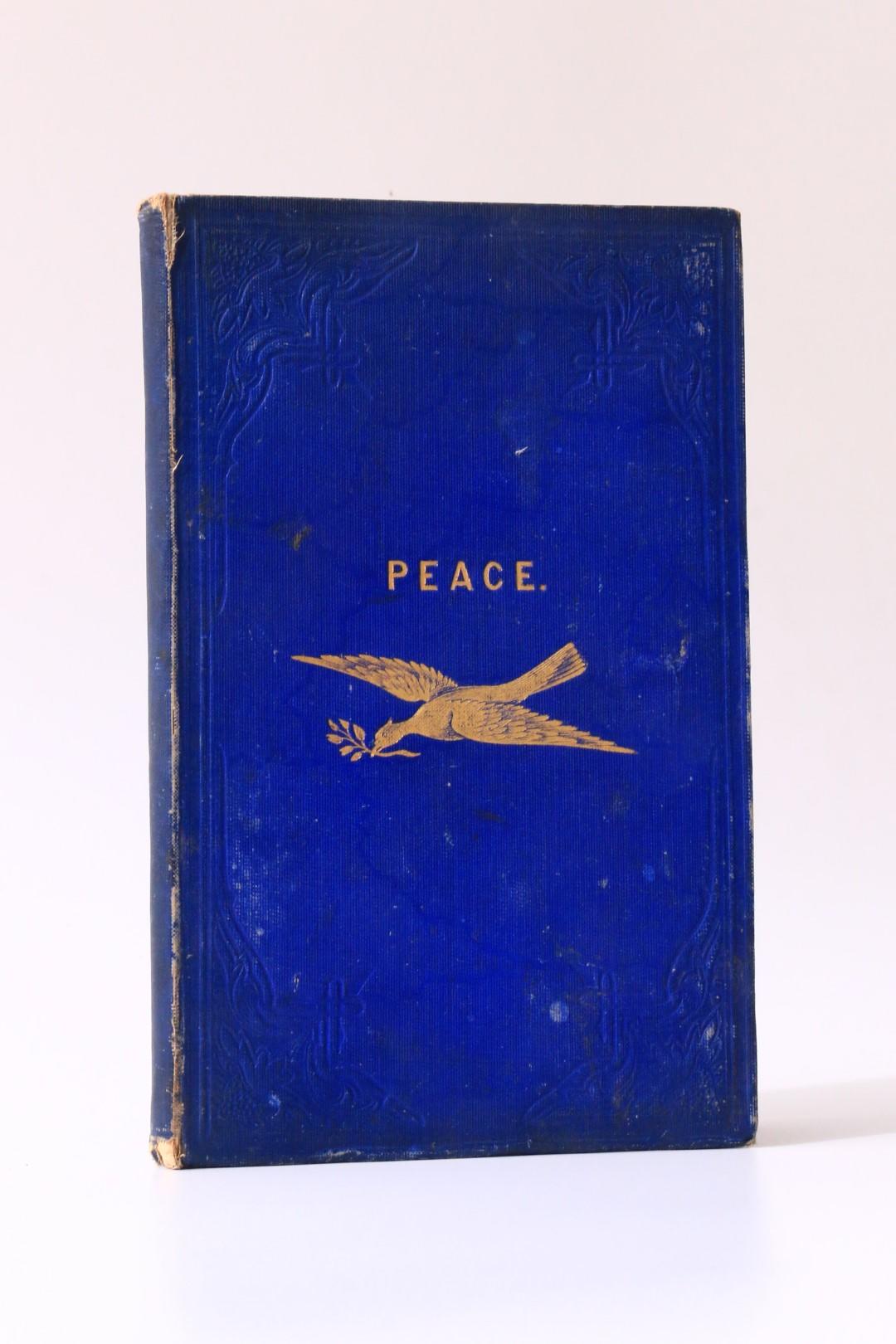 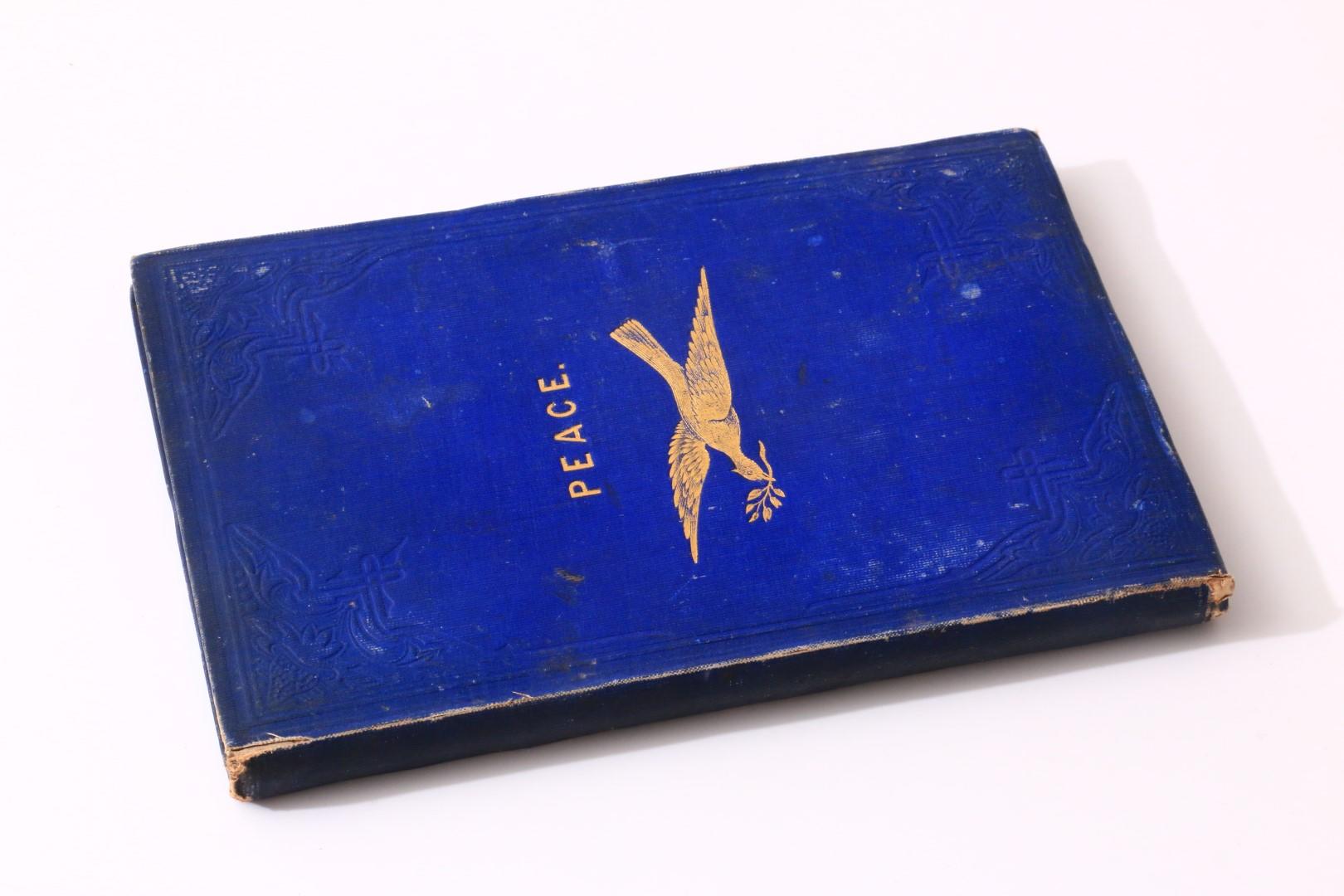 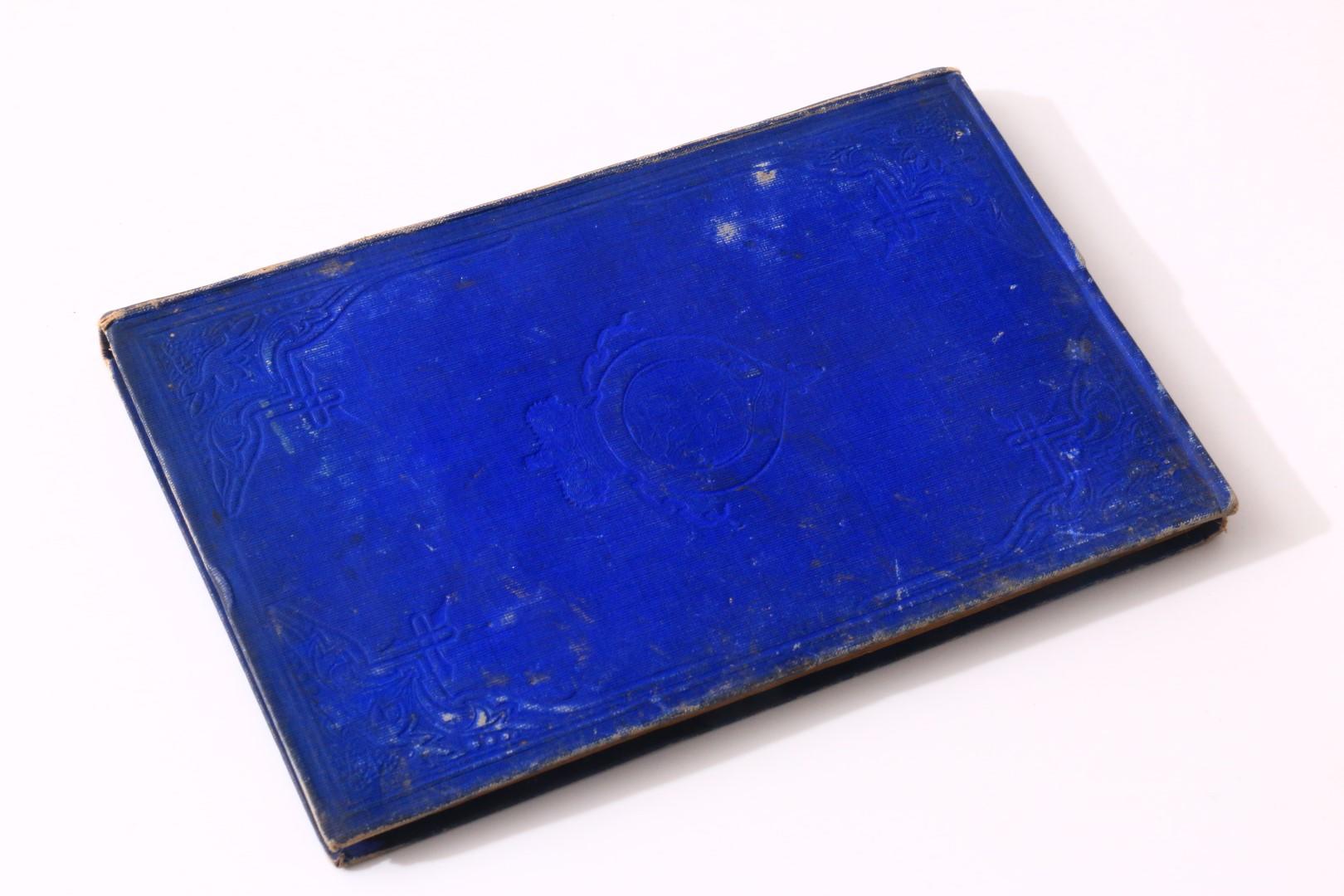 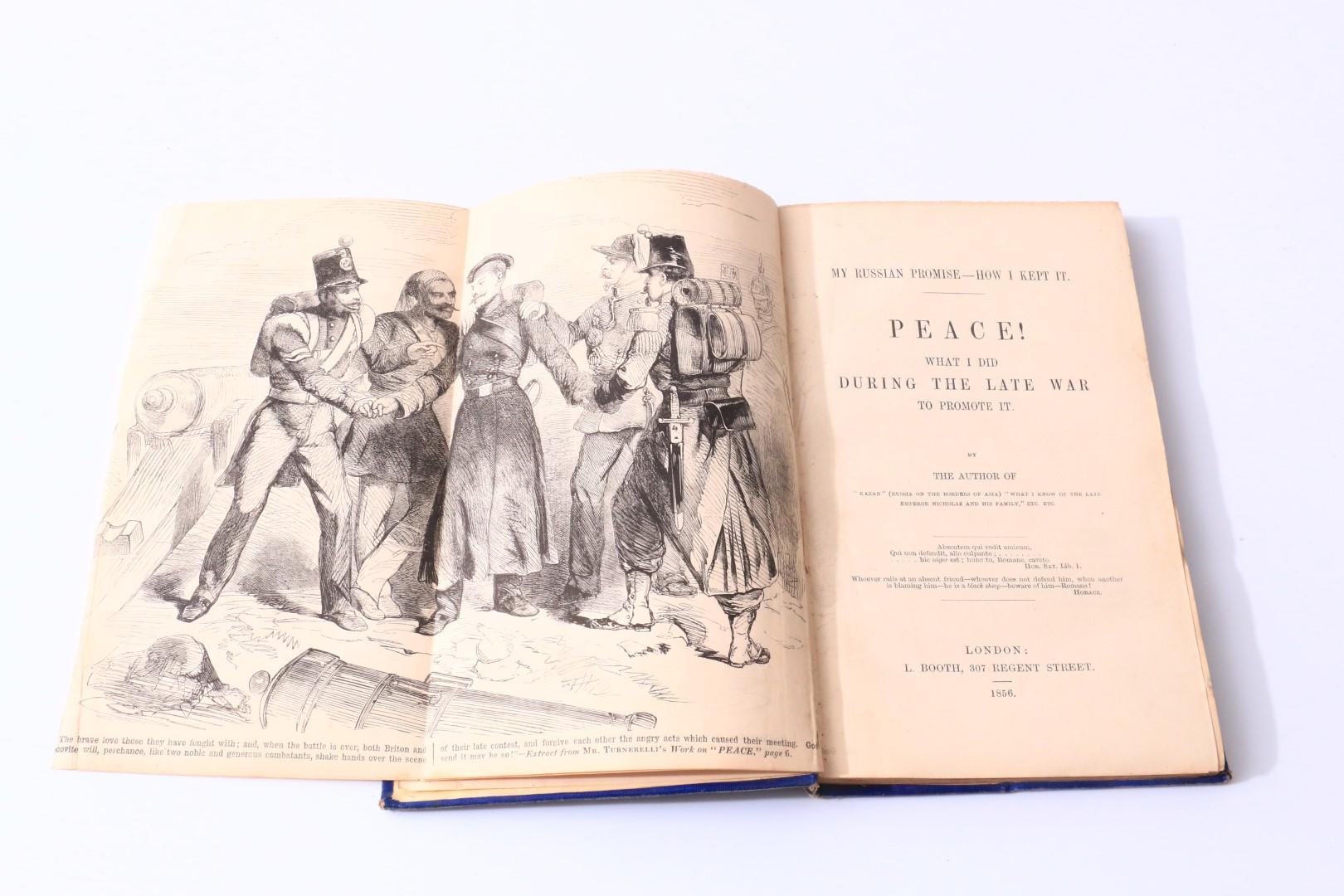 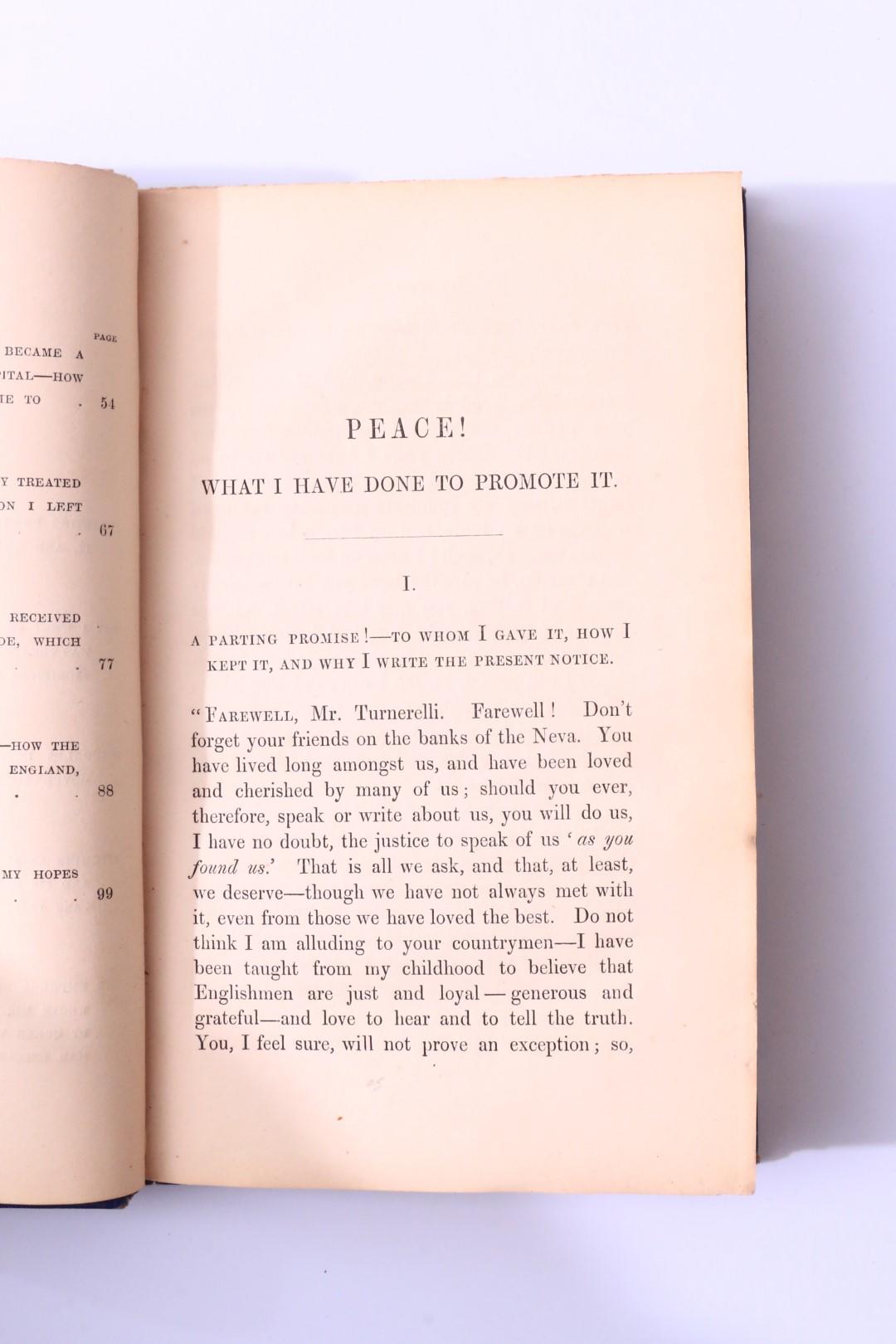 Anonymous [Edward Tracy Turnerelli] - My Russian Promise - How I Kept it. Peace! What I did During the Late War to Promote It - L. Booth, 1856, First Edition.

London, L. Booth, 1856. First edition, first impression. Hardback. A very good copy. A rare book. We can find no reference to it in commerce or in British institutions, indeed the only copy seems to be in LoC. No copy located at the BL. The book considers the Crimean War and the author's part in it. Turnerelli was a British artist and Tsar Nicholas I was his patron, under whom he spent 16 years in Russia. Turnerelli continually addresses the pseudo-epistolary work to 'Princess'; presumably Princess Charlotte (it would take a more thorough reading to confirm this). It seems, given that Turnerelli returned to Britain during the war that his patriotism was challenged, and a chunk of the book seems to be rationalising and justifying his dual loyalties. There's also a section about his writing of Nicholas's epitaph. In the postscript Turnerelli talks about how the book was received. There's nothing to say conclusively that he's refering to the present title, but it seems likely. Perhaps there was an earlier issue and the postscript was added on as a later issue (the binding seems to suggest this). Either way, it's a hard book to find and an interesting piece. It seems that Turnerelli also wrote a couple of ghost stories. The binding is a little rubbed and worn, with chipping to the spine tips. A few pencil inscriptions. The folding plate is intact. Overall though, it's in decent shape. [9575, Hyraxia Books].