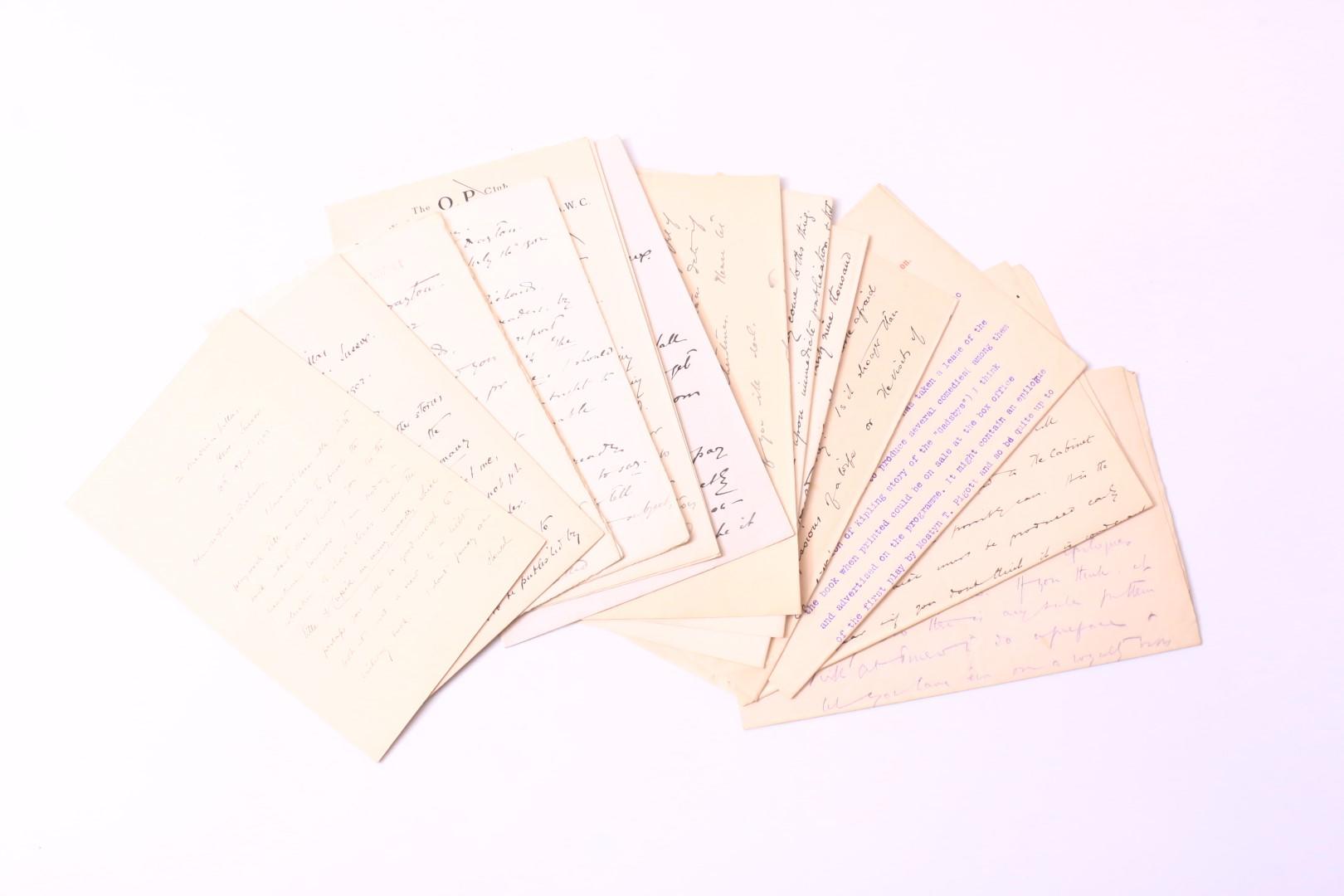 London, 1902-1904. Unbound. A collection of thirteen letters (twelve autograph, one typed) from Cosmo Hamilton (writer, and brother of Sir Philip Gibbs) to publisher Grant Richards. Discusses the desired publication of his short story collection Cupid in Many Moods, his novel The Danger of Innocence and other works. Although clear Hamilton, a popular Edwardian novelist, dramatist, composer and screenwriter, wanted Richards to take on his works, Richards eventually declined. They were published elsewhere. [9771, Hyraxia Books].