A selection of rare books, mostly first editions, by Douglas Adams. Best known for his Hitch-Hiker's Trilogy.* The first five UK hardback editions are the preferred editions, though the US equivalents have become more desirable over the last few years. Books one and three are the hardest to find, of the UK editions. Chronologically, the UK paperback of Hitch Hiker's precedes the hardback by three or four months (both are preceded by the radio plays of 1978). Signed copies of books one, two and three are uncommon signed. It should also be noted that there are two issues (or states) of the jacket for the first book; the copy bearing an advert for Bernard Ross's Capricorn One to the rear is the preferred, scarcer and likely first edition.

The five Hitchhikers books form a cornerstone of any collection of modern science fiction.

Adams' Dirk Gently is collectable, but doesn't carry the cultural significance of the first five Hitchhiker's books. Last Chance to See, Adams's look, with Mark Carwardine, at species on the brink of extinction to accompany a BBC TV series can also fetch a tidy sum when signed.

*Let's just clarify two things. Firstly, there are technically six books in the trilogy, though the sixth was written by Eoin Colfer. However, ever the comic and having a like-minded readership, the trilogy suffix stuck. Secondly, the UK first edition is titled Hitch Hiker's Guide, most subsequent editions use Hitchhiker. The first paperback edition from Pan used Hitch-Hiker. I think that's all permutations covered. 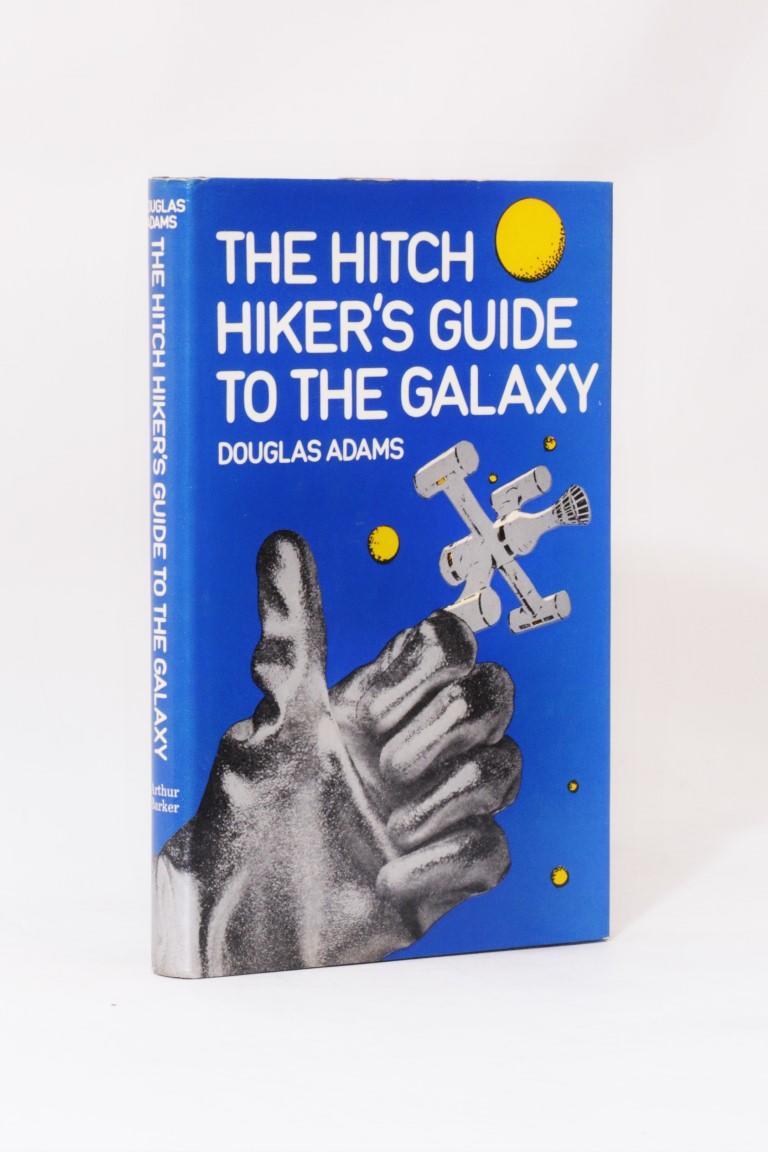