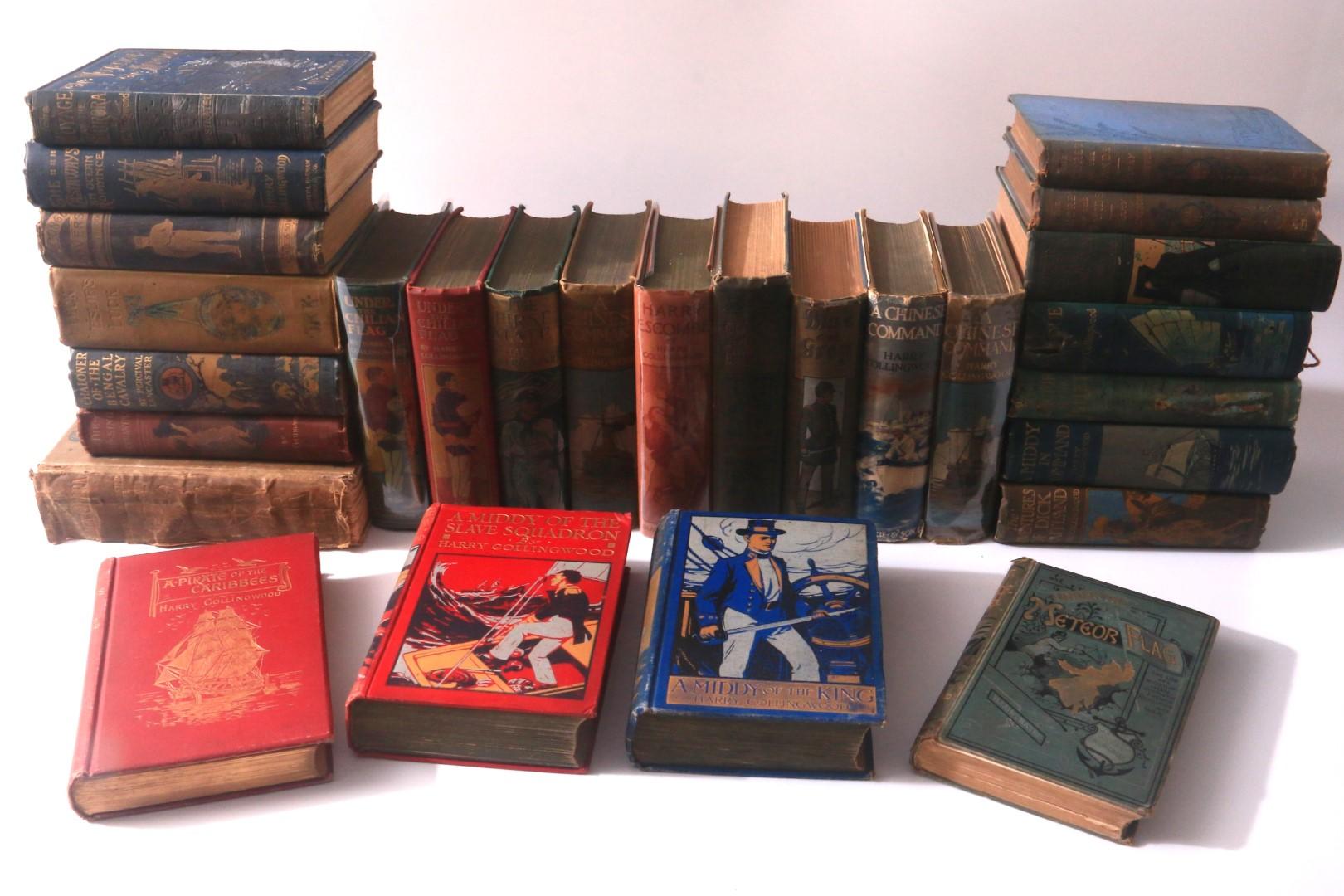 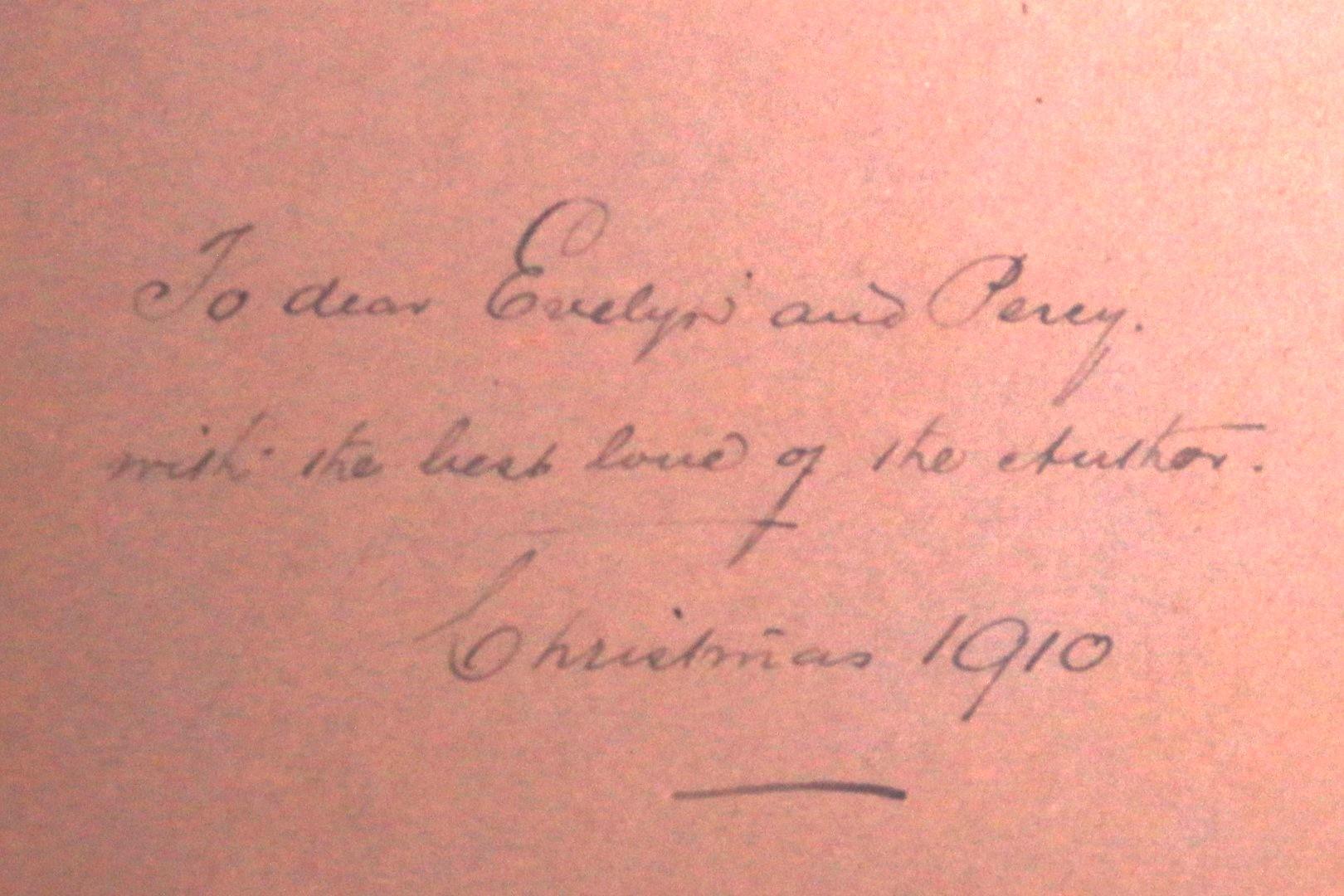 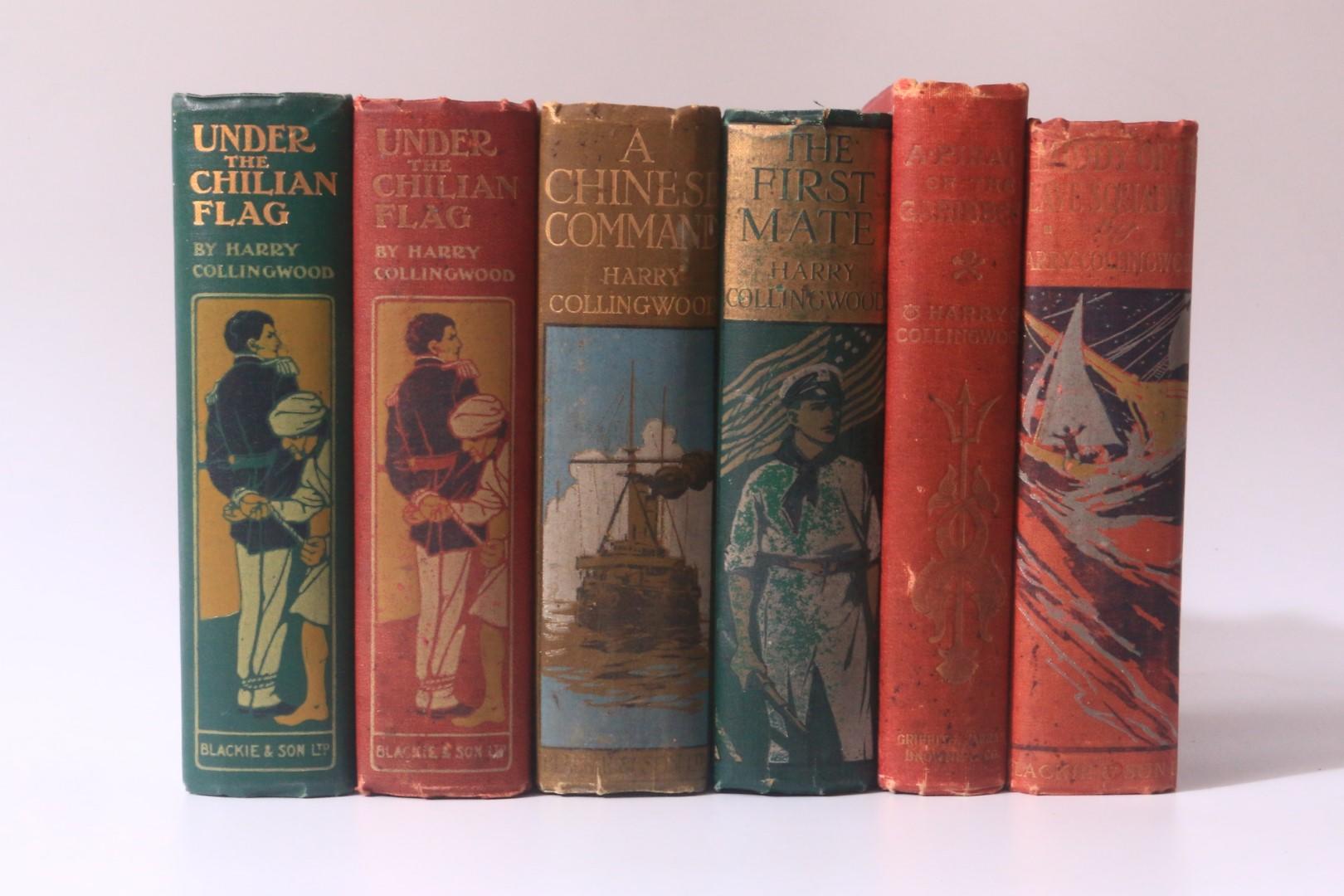 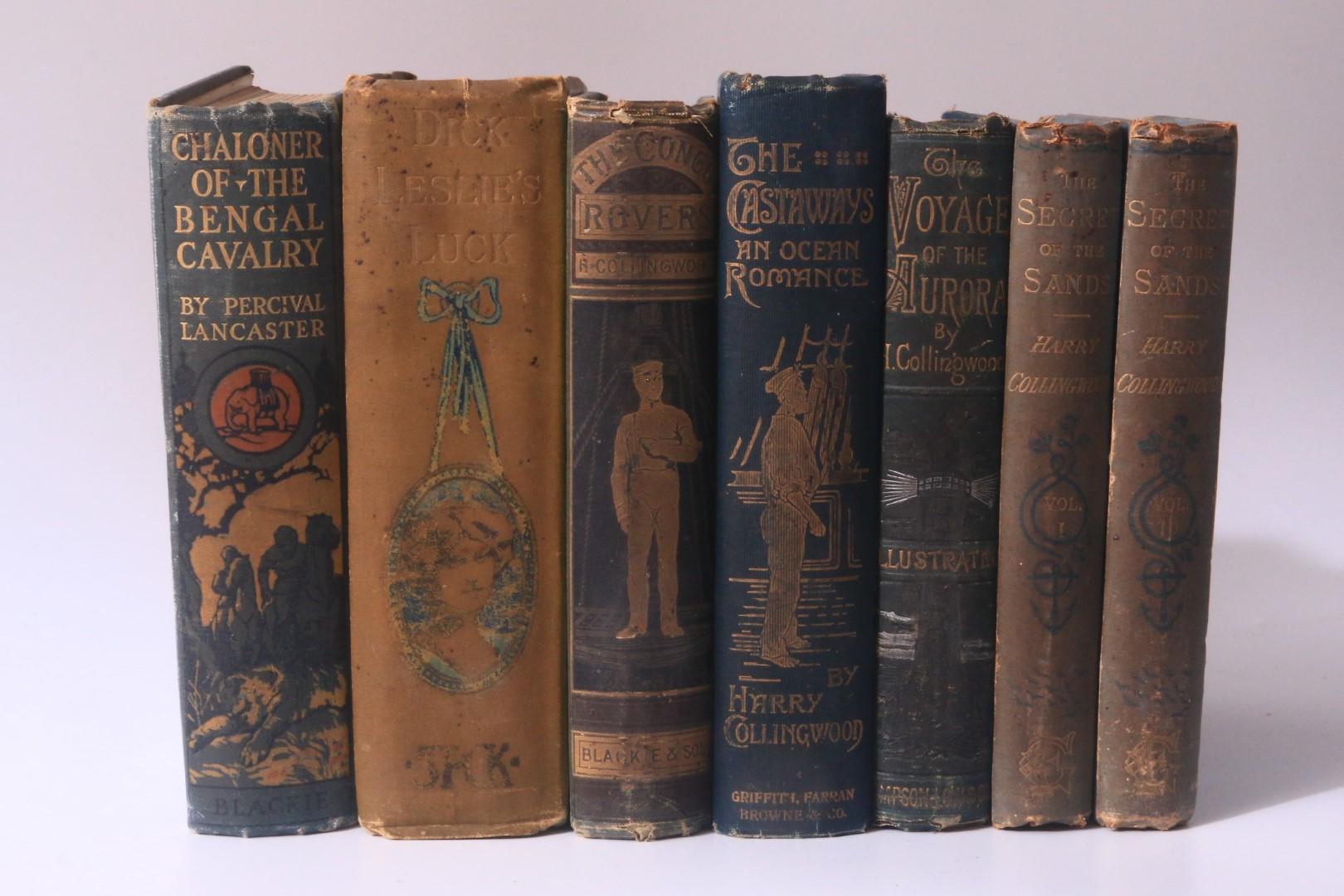 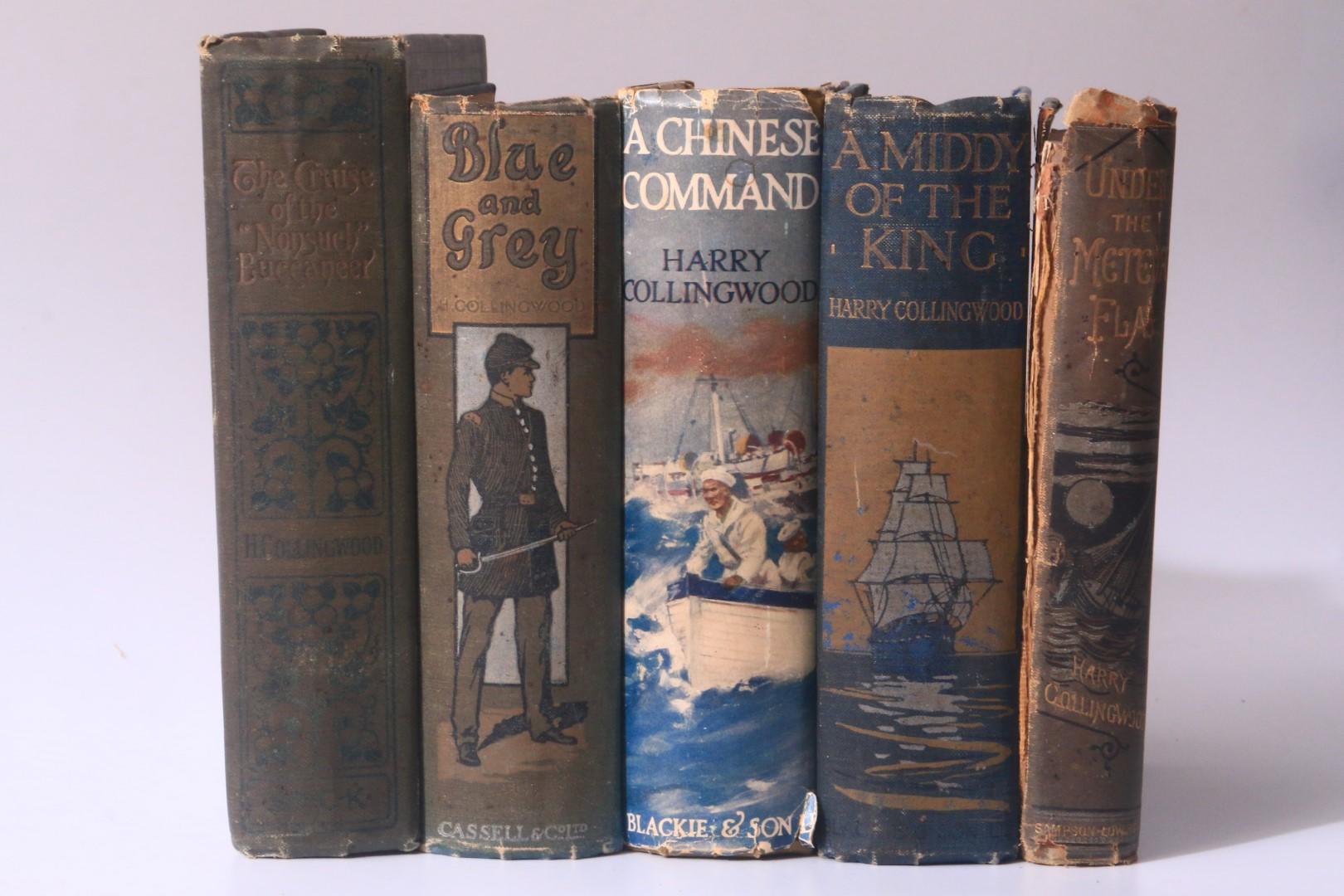 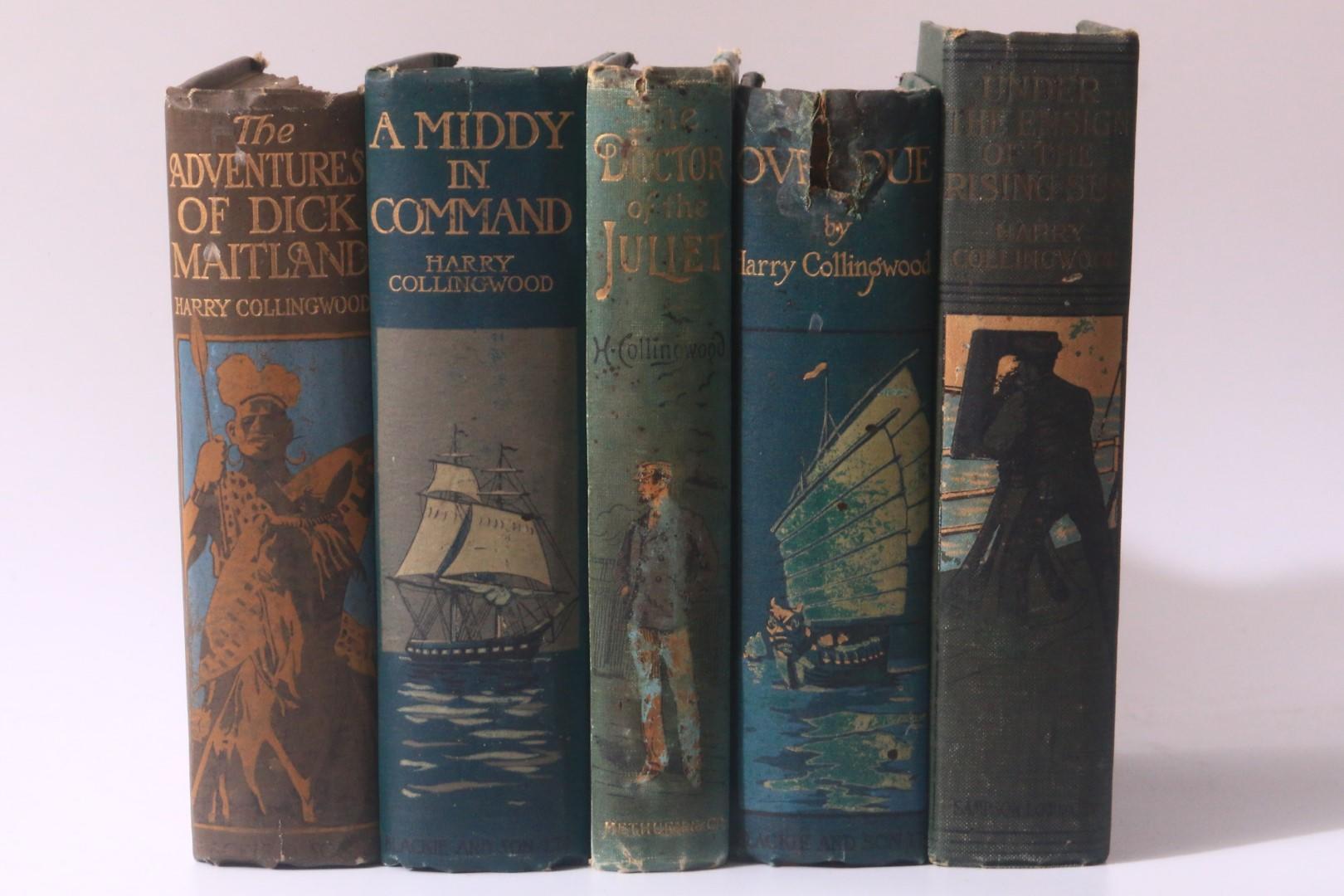 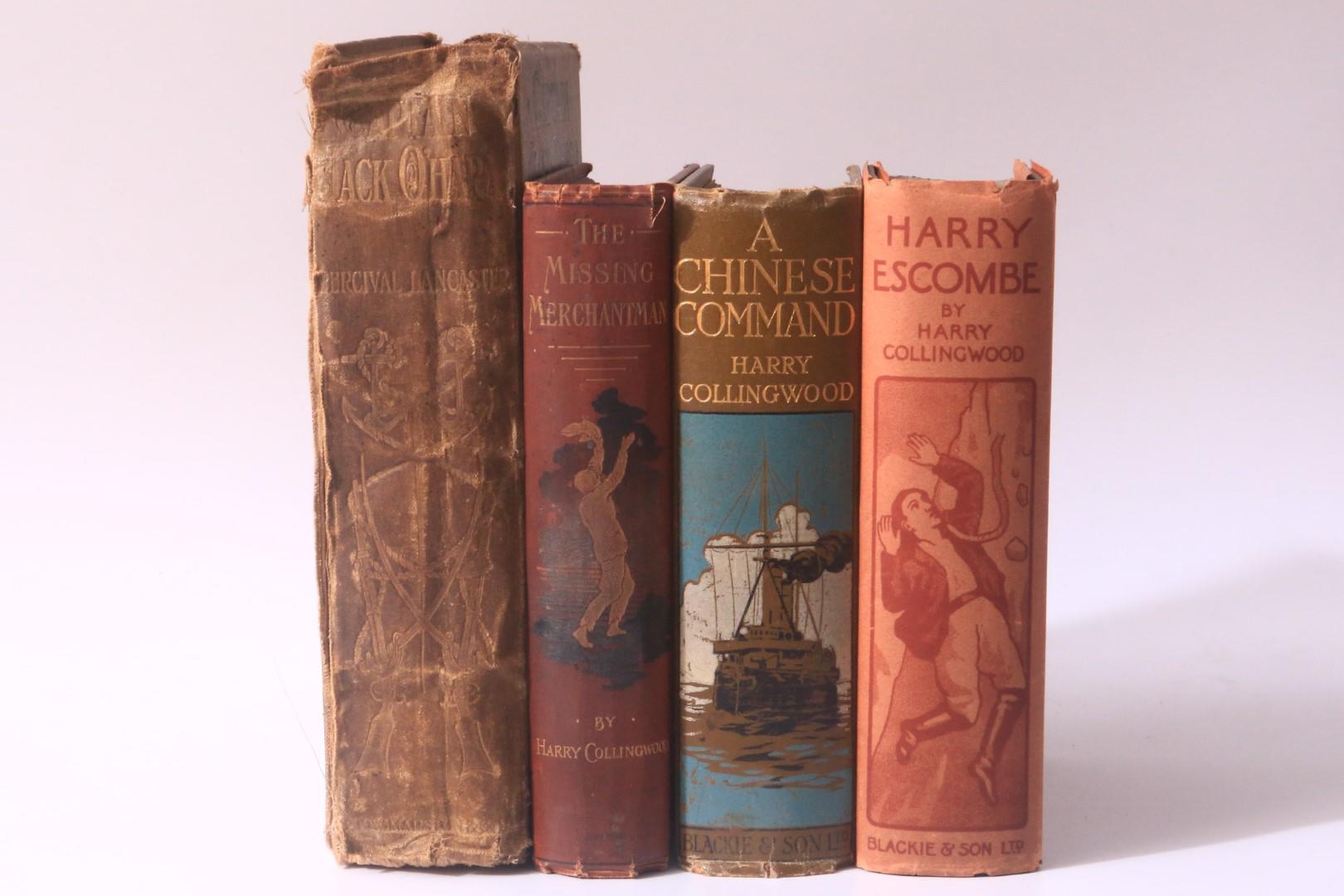 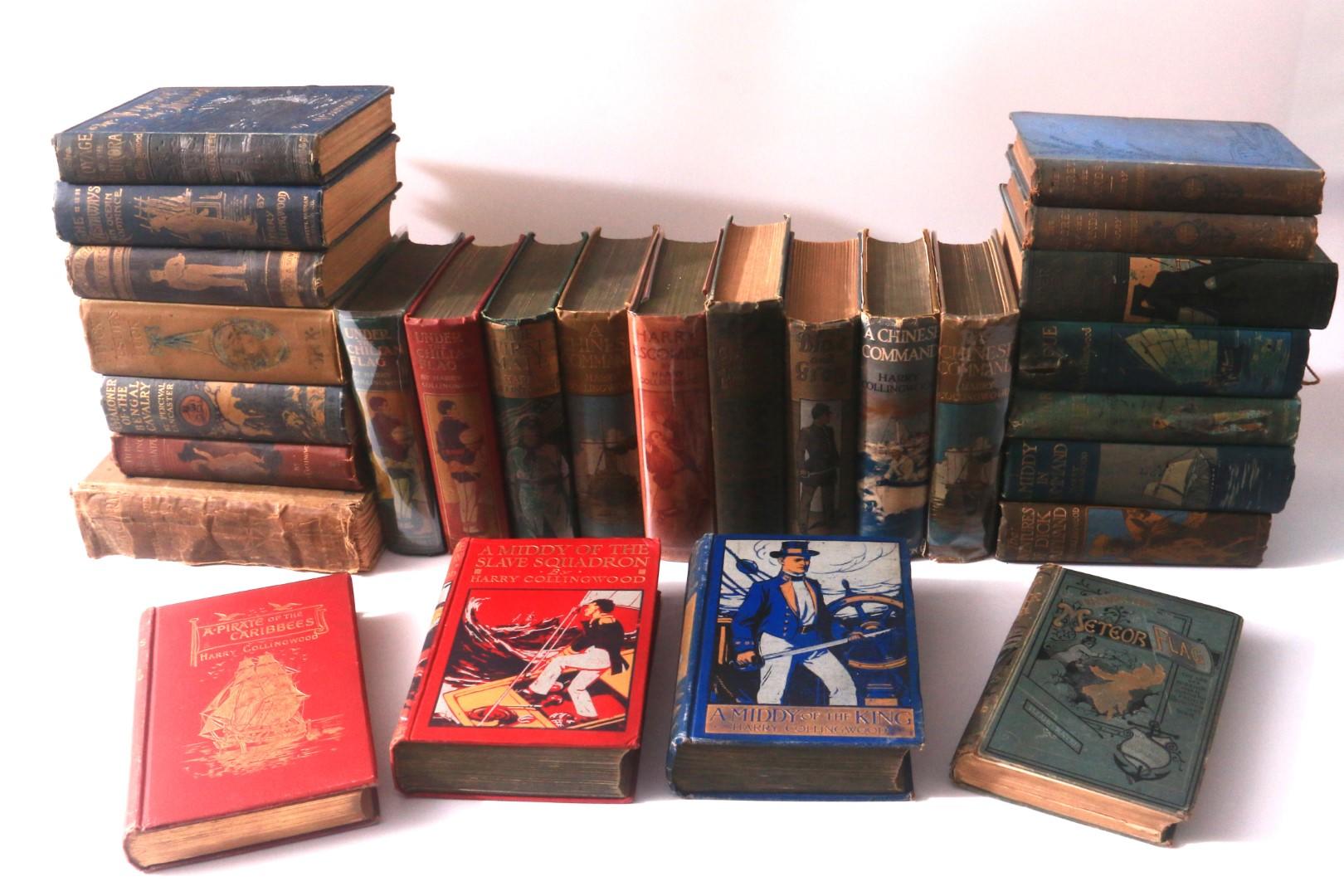 Harry Collingwood - A Collection of First Editions, Most Inscribed to his Daughter-in-Law

London, 1879-1916. A collection of 26 first editions, mostly inscribed by the author to his daughter-in-law (and neice, Victorians ey) Evelyn, and some to his son Percy. Condition varies from near fine to pretty horrible. Still, the best set of Collingwood books to come to market. Comprising: